The Antipodean's Guide to Auckland

Who better to describe the highlights of Auckland than a resident themself? Over to Andrew Allen, otherwise known as The Antipodean.

My home town is a wonderful city. I'm lucky to come from a country where natural beauty is never far away - even New Zealand's largest city has a rugged charm to it if you know where to look.

The guide books will tell you all about going up the Sky Tower, visiting Kelly Tarlton’s, and catching a bus to Mission Bay. Those are all great things to do. But if you’re the kind of traveller who prefers to go a little further out of the way to local gems that the other tourists haven’t heard about, this guide is for you.

This is The Antipodean's guide to Auckland. 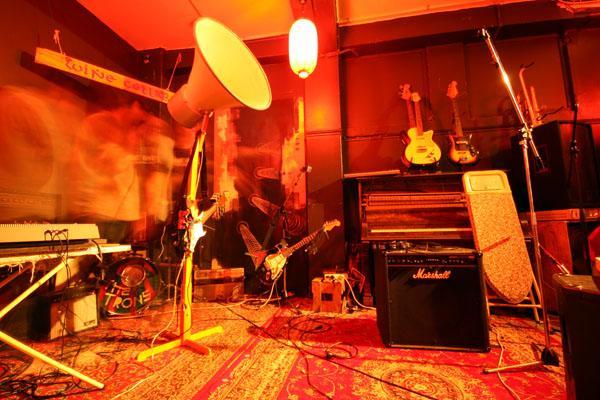 K Road is my favourite street in Auckland. It's real name is Karangahape Road - hence the popular, more pronounceable moniker. K Road is known for its larger than life characters (some in size 13 heels) and its dodgy kebabs. Some turn their noses up at it, but I wouldn't change a thing.

The nightlife on K Road is pumping one night and dead the next, but one hidden gem where there's always a great vibe is the bohemian hangout known as Wine Cellar. Go down the enormous stairs at St Kevins Arcade, then enter via the friendly Samoan bouncer to your left.

Order the feijoa cider at the bar, then take it with you round the back where you'll find Auckland's hippest creative types deep in conversation under low ceilings and graffitied walls reminiscent of underground New York c. 1983.

Hopefully there's a gig on. Follow the vibration of the bass guitar around to the performance space and snuggle up with your cider on one of the mismatched 20 year old couches.

The best photos of Auckland city are taken across the harbour from one of Devonport's twin volcanic cones, Mt Victoria and North Head. If you have a car you can easily drive there in about 20 minutes, but my favourite way to go to Devonport is by ferry from downtown. Devonport is charming in itself - I love to buy fish and chips here and eat them in the large park, then explore the second hand bookshops. But my absolute favourite thing to do on a clear day is climb North Head. It's not too demanding - we Aucklanders have a reputation for calling every wrinkle on the landscape a mountain.

Bench with a view

Bench with a view

Allow around 45 mins to walk around the waterfront to the summit from the ferry (follow this route). I prefer North Head to Mt Victoria because it has better views of the Hauraki Gulf, where all the islands are, including the most picturesque of Auckland's 50 volcanoes; Rangitoto Island.

While you're up there, make sure you check out the battlements that were installed as a WWII precaution. There's rabbit warren of tunnels and secret passageways winding underneath the mountain, as well as a large cannon.

There's only one place in the world (that I know of!) where the queue of people waiting to buy cold gelato is still bursting out the door at 1am on a Tuesday in Winter.

Welcome to Giapo. Located in the heart of Auckland’s CBD, this is not just gelato, it's an experience. Giapo’s active social media presence and strictly organic ingredients have earned it a cult following among all facets of Auckland society, including several Kiwi celebrities (some of whom have flavours named after them).

Some days I crave the traditional fruity flavours and choose lemon, passionfruit or kiwifruit, but more often than not I'll go for the more adventurous flavours such as pavlova (the Kiwi meringue dessert treat), tiramisu or Giapo Rocher (with huge chunks of it's Ferrero namesake). 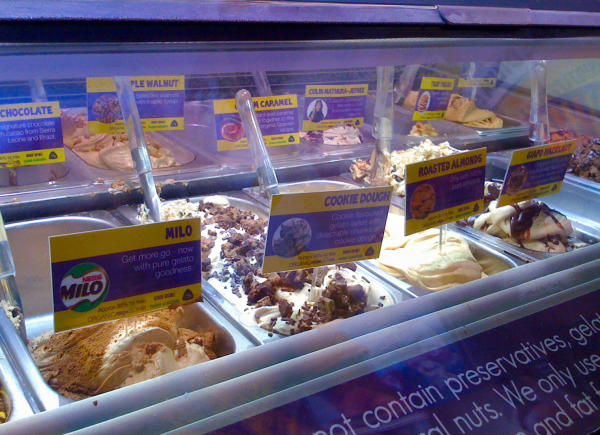 The mad genius behind Giapo somehow always seems to be working and never looks tired. Gianpaolo once gave me a free gelato because I forced all my friends to walk up Queen St and buy Giapo to satisfy my cravings. It's that kind of unexpected delight that has built up his fan loyalty to such epic proportions. The main thing all his customers have in common is that they keep coming back. If you come with a friend, I dare you to try the $16 Super Giapo. I've never managed to finish one.

This wonderful park in Hillsborough has a surprisingly low profile, given how beautiful it is. This is one if the best places in Auckland to bring a picnic without being interrupted by crowds or seagulls. Buses from downtown transport hub Britomart stop nearby on their way down Pah Road. Get off at Korma street and take one of the little walkways through to the park. 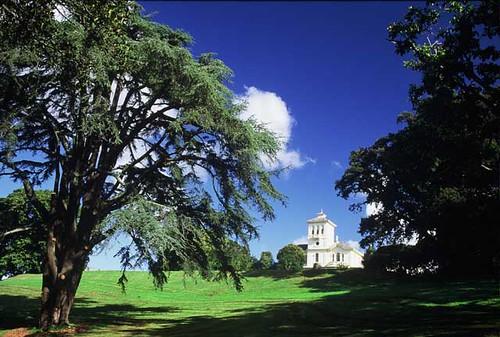 I like to spend an hour or more here finding the perfect tree to sit under with my picnic and a book, then take a short walk up to the historic Pah Homestead. If you're a fan of the 2005 film adaptation of the Lion, the Witch and the Wardrobe you may recognise it as the exterior of the house where the children find the wardrobe.

Part of the reason this place is so unknown is because it was disused for many years until being re-opened by the Wallace Arts Trust as a café and art gallery in 2010. The coffee is great, the sculpture garden fascinating, and the gallery inside has fast become my favourite place in Auckland to experience art.

My favourite beach in Auckland is the farthest one on the Wild West Coast: Whatipu (pronounced fah-tih-poo). The name is as infamous as other Maori ticklers "Waikikamukau" (why-kick-a-moo-cow) and "Whakatane" (which I won't spell out except to explain that "wh" is pronounced "f" in the Maori language, and Tane means "man").

Whatipu is under an hour's drive from the central city, a trip that gives you a winding view of the beautiful Waitakere ranges to Auckland's west. From the small (free) parking lot, there’s an easy ten minute walk to the beach.  If the wind’s blowing towards you, you’ll hear the thundering waves almost immediately, and catch a whiff of the salty ocean breeze long before you can see it. Like most Wild West Coast beaches, Whatipu has black sand. If I had to describe Whatipu in one word, I'd say "rugged". There are no shops, no hotels, no properties near the beach, and few people except perhaps the odd jogger. This is a place with an overpowering sense of nature. 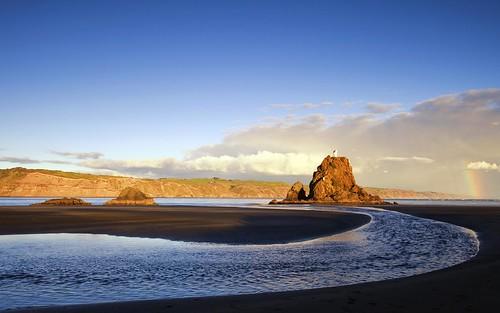 I like to walk along the beach towards the left and watch the waves crashing onto the jagged rocks. I can sit there, with the soundtrack to The Piano on my iPod, for hours. Incidentally, the famous beach from The Piano is neighbouring Karekare.

On your way back into town, stop at one of the famed cafés in Titirangi. The best ones (like the Hardware Cafe) have large windows or terraces where you can stare out at the Manukau Harbour while sipping your perfect kiwi coffee.

Whether you are looking to experience the wildlife, pursue culinary delights or take an adventure, New Zealand has it all. We can tailor make your perfect New Zealand discovery with flights from £599, holidays from £799 and campervan hire from £54. For more on The Antipodean's travel adventures visit his blog.