Thailand's Best Festivals throughout the Year

Thailand is an incredible country any day of the year but, if you want to see this Southeast Asian gem at it’s most vibrant, plan your holiday so it coincides with one of these enchanting festivals... 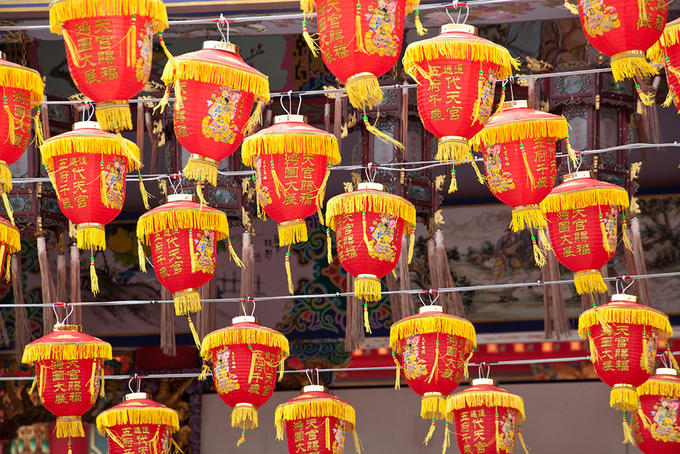 When: January/February
Where: Bangkok and Phuket

Although most people travel to Thailand to experience the Thai culture, there's actually a huge Chinese community living here, making Chinese New Year one of Thailand’s most spectacular events.

Indeed, Bangkok is home to the biggest Chinatown outside of the country itself – so if you’re in Thailand’s bustling capital head to Yaowaraj to be swept up in a whirlwind of colour, tradition and celebration. One colour that you’ll see a lot is red, which comes from the ancient tradition of decorating one’s home to protect it from a mythical sea beast called Nian. The streets are lined with crimson paper lanterns, banners and posters while a dragon is paraded through the streets accompanied by acrobats and fire crackers.

If you're in Phuket, you can still join in with the celebration: find the best festivities at the monastery of Wat Chalong. When: 13th-15th April
Where: Nationwide, but mainly Chiang Mai and Bangkok

Possibly one of Thailand’s most notorious festivals, Songkran is an event that will remind you what it's like to be a kid again.

Unlike us Westerners, who ring in the New Wear with boozy get-togethers, fancy dress and party poppers, the Thai’s prefer to throw a giant water fight. With the intention of cleansing your soul for the year ahead, expect to be soaked by either a bucket or a water gun as soon as you step out onto the streets. Don’t worry though, just equip yourself and drench your assailant in return – everyone is in high spirits so just enjoy it! Once you're suitably soggy, expect to be covered in chalk, which is what the monks use for blessing. What we’re really saying is: leave your nice rags in the hotel room, don shorts and a T-shirt, and embrace the hilarity. 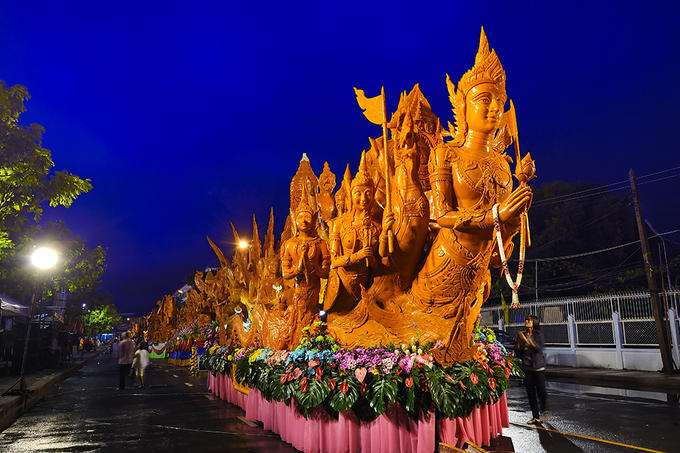 When: July/August
Where: Ubon Ratchathani

To celebrate the start of the annual Buddhist Retreat Period, this elaborate festival is a sight to behold with laid-back shutter speeds and a sense of calm.

Not far from Surin, Thailand’s fifth largest city, Ubon comes to life and light during the Candle Festival. Beautifully-carved wax figures, each representing a different temple or district, are paraded through the town towards Thung Si Mueang Park. Although these amazing wax figures aren’t lit (after all, who would want to see them melt?) smaller processions of candles illuminate and cast mystical shadows  on the local temples. 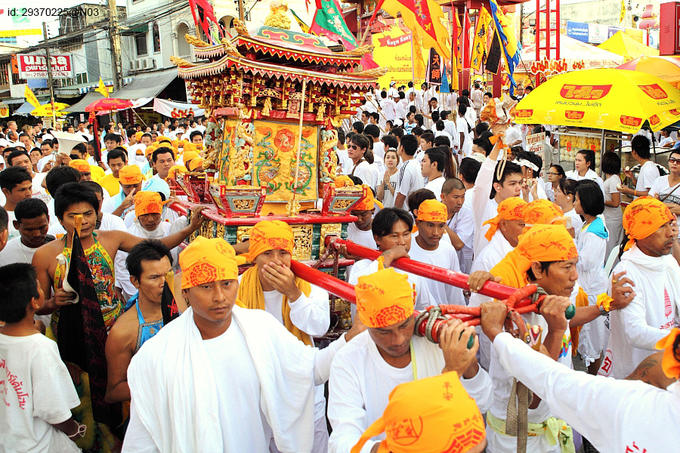 When: October/November
Where: Phuket and Trang

Despite its seemingly inoffensive name, the Thai Vegetarian Festival is pure stomach-churning blood and gore. This nine-day event celebrates the Chinese belief that resisting meat for the ninth lunar month will keep you in good health and, although the ritual can be somewhat perplexing, it’s definitely a cultural experience. Believed to be protected by the Chinese Gods, the strong-willed followers display this divine presence by fire walking, body piercing and basically sticking very sharp objects through their skin.

Definitely not one for the faint hearted! 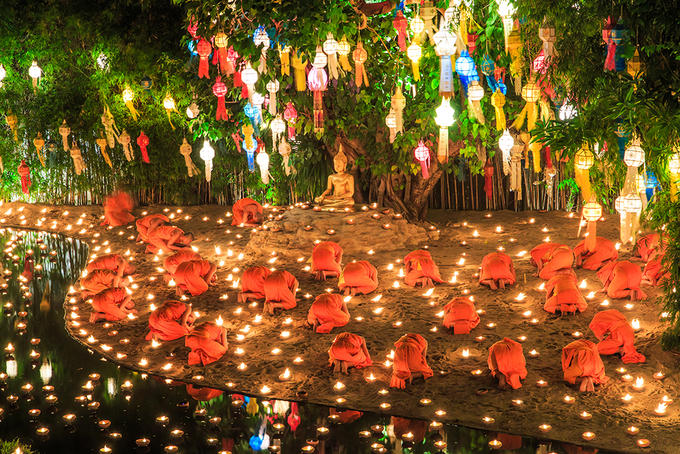 When: October/November
Where: Nationwide

This captivating and magnificent festival is celebrated all over Thailand but, for a particularly magical experience, head for the history-infused cities of Sukhothai, Ayutthaya and Chiang Mai.

On the night of the full moon, a krathong – a sort of small package – is hand-made using banana trunk and leaves. It's then delicately stuffed with flowers, incense and candles before being carefully placed in a river, pond or canal to float atop the ripples. When a person has released their krathong they can make a wish and watch the parcel disappear amid more flickering flames – each being given as a gift to the Goddess of water.