Whale sharks have been on the bucket list since day dot. In a world of amazing places to go, there are few where the experience accelerates the destination to the top of the list. But that’s certainly true of Western Australia. Offering the best and most reliable, not to mention sustainable and eco-friendly, way to see these underwater friendly giants; Exmouth on the western coast of Australia is a must.

Situated on the northern tip of the Coral Coast, Exmouth’s purpose became apparent instantly. As I rolled in in my Holden Equinox in search of a late lunch after the short two-hour plane hop north, I was confronted with a ghost town. As I purchased my stereotypically Aussie pie from the bakery (pretty much the only shop open) the cashier gave me this weird look, as if to say: "Why are you not out on the boats mate?" 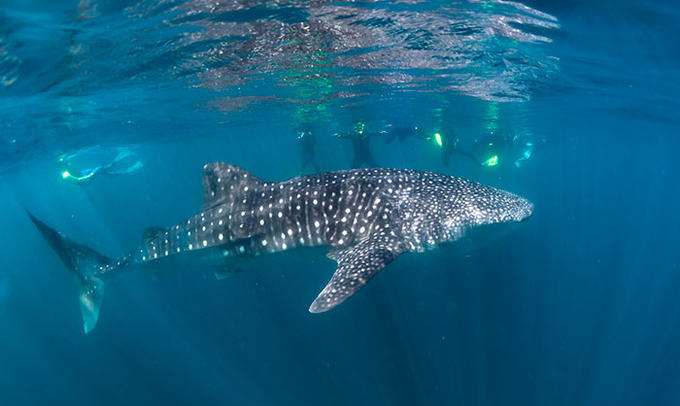 It’s not until I grabbed a bite to eat at the Froth Blowers Brewery later that night that I started to realise where everyone had been. Sun soaked and meandering in casually in their thongs, smiling from another guaranteed encounter with one of the most iconic fish in the ocean... Exmouth lives to deliver these experiences.

Armed with my factor 50, the next morning I was off to meet at the pick-up point for a whale shark day tour with Ningaloo Discovery. A 45-minute drive down the rolling roads towards the ocean and we were en route to the catamaran. With lunch included, a morning snorkel session and some tanning time on deck, I was happily reminded of something a local from Exmouth told me in Perth before the flight out: "The sharks are incredible of course, but the whole day is just so enjoyable." As I sat there with a cool drink in my hand, watching our boat cut through the turquoise waters, I knew that local was spot on.

After chatting to Matt who was skippering the boat, I learnt the team had a spotter in a plane flying above us, telling the boats where to head. There was no messing around when they were spotted. Poised with my snorkel and flippers on, I heard "GO GO GO GO!" and we were in the water, staring into the blue void, not really knowing what to expect. And then it happened, slowly but surely, the spotted giant glided through, barely three metres in front of my face. Rarely do these moments hit you immediately – mostly on reflection I realise how lucky I was, not this time. There and then I knew exactly how lucky I was to see that creature right in front of me. Four more times we went out and four more times, without fail, the sharks appeared and allowed us to swim alongside them. 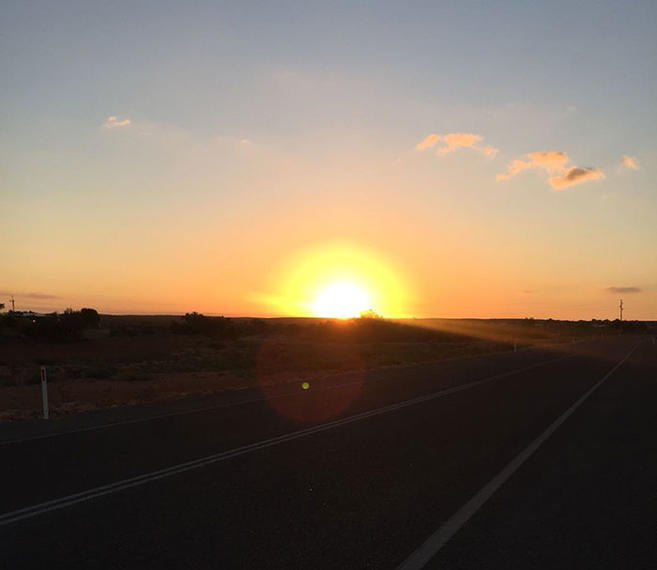 As I sat, silent in wonder on the 45-minute drive back to the accommodation, I reflected on the day. What’s amazing alongside the opportunity to see the sharks is that – as it turned out – Matt, the skipper I spoke to, actually owns the company. He offered to take me out for a beer and explained he wanted to give one of his drivers the day off so had stepped in to cover for him. It’s this family-run, pride-in-their-business culture that I always notice about Australia. As we enjoyed a cold one in Whalebone Brewery, he casually chatted to the owner there about her day and her plans for the the weekend. In WA, there’s this unique, relaxed yet proud culture to business, and meeting the owners is a natural occurrence.

At sunset I finished my meal at Whalers and tucked myself in for an early night and an early morning flight, content and still amazed that I’d finally ticked off an experience I’ve dreamt about for years. With a direct flight to Perth in 17 hours, it’s never been easier to see the sharks, quokkas and everything else this far-flung land has to offer. 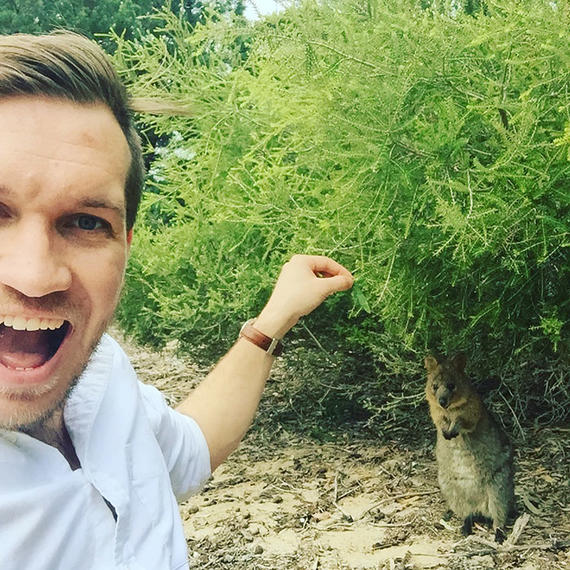 Ready to embark on a holiday to Western Australia? Chat to a Flight Centre Travel Expert.

Whether it’s a new chain of islands to hop or a new line to ski, I’ve known since backpacking at 18 years old that new places, people and experiences are essential in my life and haven’t looked back since…