Orlando: Not Just for Children

This post originally appeared on the Flight Centre Canada blog.

Think Orlando is just for families and children? Think again! Canadian Travel Consultant April Caldwell shares her recent experience visiting Orlando and Disney World, and explains why this destination has so much to offer adults looking for a fun trip away. 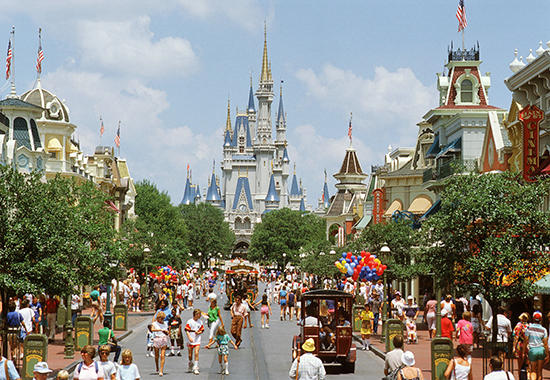 The first and only time I'd been to Disney World was when I was 10 years old. I lived in Ontario and on Halloween, upon getting back from trick or treating, we were sprung with a HUGE surprise. My dad stood by the car and said “get in, we are going to Disney World”.

I am now 34 years old living in Vancouver, British Columbia, making it almost 25 years ago since I had that magical experience, so I decided it was time for an anniversary trip. I wondered though, would it be as great as I remembered as a child?

I had such fond memories of ripping through the cosmos on Space Mountain, being scared that the pirates on Pirates of the Caribbean were REALLY shooting cannons at me, and being desperate to meet the mouse man himself. Would it be the same? Would it be better? Or worse?

As I arrived in Orlando, the first thing I noticed was the variety of hotels. I was able to spend my first few nights on the IDrive (think of it as the Vegas strip, but for families). There are hotels for $35 a night to accommodate the cheap and cheerful budget, hotels with kitchenettes (like Sonesta Suites), hotels with amazing water parks (like Coco Key) and even high-end 5-star options for a more adult getaway.)

Scattered among these hotels are a plethora of dining options. McDonalds and Denny's are there, but so are gourmet burgers from Red Robin, myriad steakhouses and a variety of fine dining options. Consider this area of Orlando a “choose your own adventure” platter.

After a few days of exploring the region, I was able to see the more themed hotels Orlando has to offer. Hotels with golf clubs, for those who want to explore more than one hobby on their vacation (and great spas), and more themed hotels. My personal favourite was the Animal Kingdom Lodge for it’s authenticity.

Much of the art in this hotel is straight from Africa. If you are lucky to score a “Savannah” room, you will even have a chance to see some animals roaming by. Who would have thought you could have a Disney and the Africa experience all in one vacation!

I could feel the heat of the explosions from the cannons at Pirates of the Caribbean, I could smell the wet mist as I rode through the lagoons of Splash Mountain, and I could imagine that I was actually an astronaut on Space Mountain.

As a travel gent who now lives in Vancouver, I understand that most people want to go to Disneyland in California, especially with young children. It's a shorter flight and it's just easier.

However, if you're an adult, go to ORLANDO. A direct flight won't take you any longer. You can still have the pool, the golf, the spa… but you can have your Butter Beer at Harry Potter World in Universal and an animal oasis straight from Africa too.

For more information about travelling to Orlando, contact one of our travel consultants via the website or on 0333 333 2211.

Florida
A thrill seeker’s guide to Orlando’s theme parks
Keen to hit the adrenaline-pumping theme parks of Orlando but overwhelmed by choice? Benedict Montgomery gives us the run down on his top attractions in the city of... Read More »
Florida
Highlights of Florida
Nicknamed ‘The Sunshine State’ for good reason, Florida boasts sunshine almost every day of the year. There is rain, too, but it’s warm, tropical rain. The kind... Read More »
Call:
0208 127 4273 0333 333 2211
Talk to a Travel Expert
Instant call back »We'll call you back for free
X