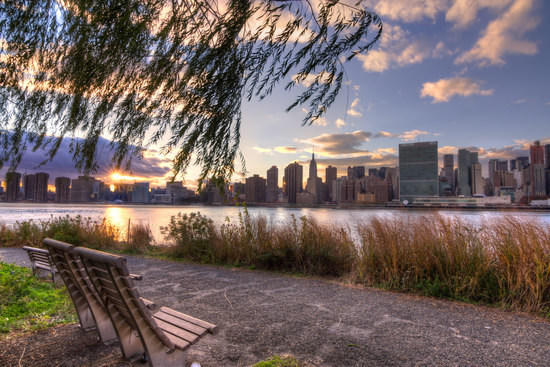 Forget well-explored Manhattan. Scrap trendy Williamsburg. On your next trip to the Big Apple, get thee to the up-and-coming coolest New York ‘hood, Long Island City... Long Island City (LIC) has undergone rapid transformation in recent years. Factories and warehouses are being converted into apartments and bars, coffee shops with exposed brick walls are filled with hipsters tapping away on their Macs, while hotels are sprouting as major chains and boutiques alike vie to be part of this up-and-coming destination, which thanks to their attractive rates, are increasingly luring in smart travellers.

LIC, situated in the borough of Queens, has become a vibrant hotspot, with a fantastic cultural scene. If you’re one for rummaging through markets, head to LIC Flea & Food, an outdoor weekend market at Hunters Point waterfront serving up wares and artisan food from a selection of sellers.
Get thee to one of its fantastic museums and galleries. Forgo MoMa in Manhattan for its little sister MoMa PS1. And while you’re there, drop in for some tasty fare at its well-acclaimed restaurant, M. Wells Dinette.

The Noguchi Museum is home to art created by Japanese-American artist Isamu Noguchi, who wished for his former studio to celebrate his life and work. It features a beautiful garden showcasing his sculptures.
OK, so it’s more officially Astoria than Long Island City but while you’re in this ‘hood, you should visit the Museum of the Moving Image, featuring cool music videos, props from TV shows such as Sex and the City and Star Wars memorabilia. 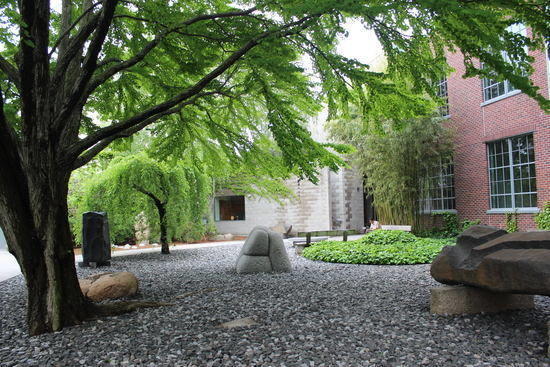 New York serves up amazing food to please every taste bud and that doesn’t stop at LIC. Here there’s a variety of brilliant restaurants, bakeries and bars.

For delicious grilled cheese sandwiches try The Queens Kickshaw, while for brunch or perhaps a coffee and cake, stop by Sage General Store. One a night out, head to Dutch Kills, considered to be one of the best cocktail joints in the area. For a stylish setting, try Astor Room in Astoria, where you can wash down oysters and lobster with seriously good cocktails. 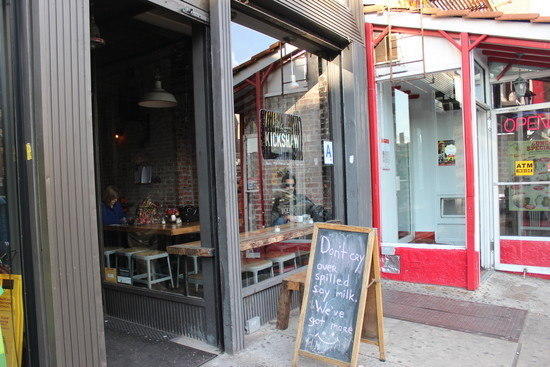 If you’re on the lookout for comedy geniuses, head to The Creek and the Cave, or for theatre, musicals or dance productions, try the very intimate The Secret Theatre.

For those who have pounded those Manhattan streets a million times, and fancy a change, lay your head in LIC. Or if you’re sparkling new to New York and are hankering after a bargain, look no further - many LIC hotels offer rooms from $99, giving you more bang for your buck. Plus the key draw of this once gritty neighbourhood is that many of the hotel's rooftops serve up classic views of the Manhattan skyline. Soul stirring.

And if you want to pop into Manhattan then it’s incredibly easy. In fact, the neighbourhood’s close proximity to Manhattan is one of the key reasons tourists choose to stay in the vicinity - you can be shopping at Fifth Avenue in seven minutes.

Suzanne Bearne is a freelance journalist specialising in retail, fashion, digital and travel. She’s also a travel blogger and can be found blogging at devotedtotravel.wordpress.com | and tweeting at sbearne