Just Back From: Hawaii

We caught up with Flight Centre’s Erica Davis who’s just returned from an action-packed trip to Hawaii, to find out more about her experiences in the Aloha State. 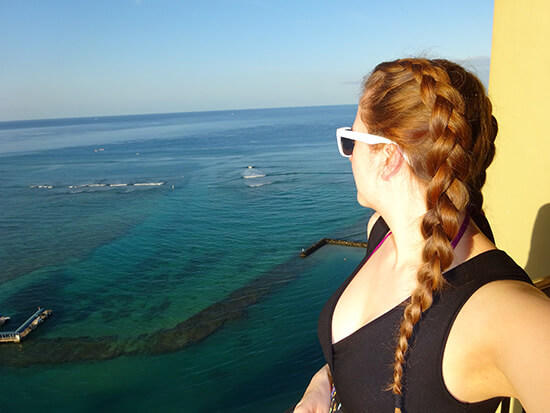 So to start us off, what were your first impressions of Hawaii?

Well, this wasn’t actually my first time there – I have been to Oahu before – so I did have some idea of what it would be like, but I was still amazed at how different each island is, landscape-wise.

One of the first things you did was go surfing in Oahu – what was it like?

The surf lesson was fun! I managed to stand up once during our 45-minute session, so it’s not easy, but beginners can do it. I would suggest that you must be a strong swimmer though. Of all the activities I did in Hawaii, for me the surfing was the best. It was so much fun, I would definitely like to do it again, and hopefully have better skills next time!

What stands out from your stay in Oahu?

The USS Arizona and USS Missouri Memorials in Pearl Harbor. The Arizona especially got to me a little, as it commemorates a very sad event [the Japanese attack on Pearl Harbor in 1941 that killed 2,403 and prompted the USA to enter World War II]. I would suggest working chronologically, starting with the memorial and then finishing with the USS Missouri battleship, the site of the Japanese surrender and the end of the war. 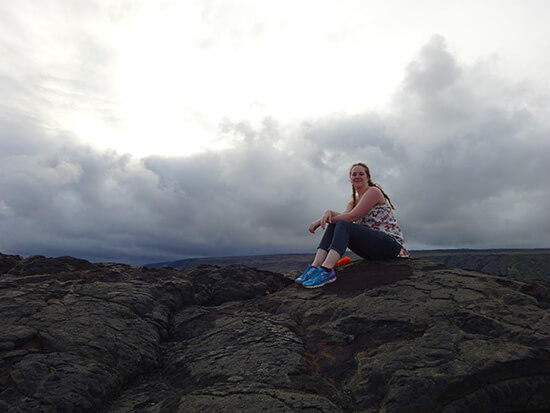 What were your highlights of the Big Island?

A volcano tour and a dolphin cruise. For the volcano tour, we started in Hawaii Volcanoes National Park, then explored the rainforest and went down to Hilo Bay to see a lava flow that consumed the entire area in the 1940s. As it was very cloudy and rained most of the day, we did not get to see any fresh lava flow, but we did get to see the glow of the volcano once the sun had set, which was amazing.

We did our dolphin cruise in Kona. The dolphins followed the boat for about 10 minutes, then we sailed to Kualanui Point for snorkelling. The boat had a slide and a dive board, and lots of water equipment to have fun with, so it’s great for families. 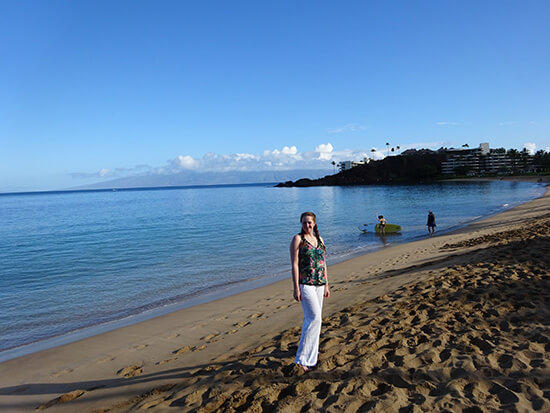 Next up was Maui – what did you do here?

Maui was where we did the Zip and Dip tour. We zipped across eight zip-lines over an open gorge, high above the Ka’anapali shoreline. The views were amazing, and at the end we got to do a ‘dip’, which involves zip-lining over a lake and then letting go, splashing into the water below. I hear you had one super-early start?

Yes, that’s right. On our last day in Maui we were up and checked out of our hotel by 2:15am in order to drive to the summit of Haleakala, a massive shield volcano, in time for sunrise. This was so spectacular, it was worth me getting up at 2am every day for the rest of my life! It really moved me. If you go to Maui and don’t watch the sunrise from Haleakala you have missed out. And then, just a few hours later we flew to Kauai. 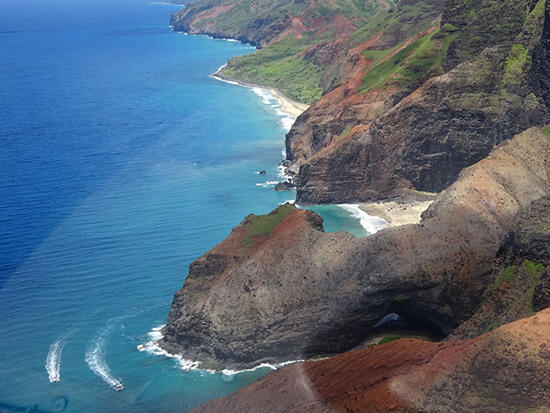 Kauai was my favourite island. It’s so full of culture – if you want the true Hawaiian experience, this is the island! I did a helicopter flight over Waimea Canyon and the Napali Coast there, which was an absolute must; the views were unreal. And since up to 80% of the island is impassable by land, it is the best way to see these beautiful natural sites. I keep looking back at the video I took, thinking it still doesn’t feel real.

Did Hawaii meet your expectations?

Hawaii bypassed my expectations greatly; it was amazing to see the differences between the islands, in landscape and in culture. 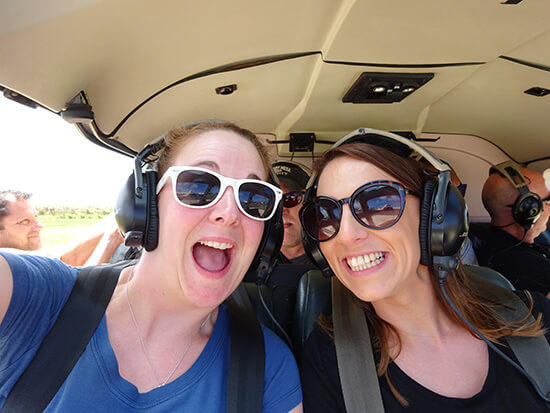 What would you recommend for a first-time visitor to Hawaii?

Definitely visit more than one island. Just doing Oahu won’t give you a true experience of Hawaii, and won’t do the state justice. At least see Big Island and Maui as well, although Kauai was 100% my favourite. 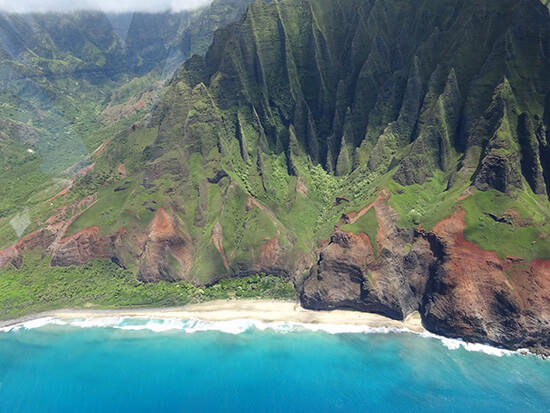 Why should Flight Centre’s customers go to Hawaii?

Even though Hawaii is a part of USA, it has not lost its roots; the cultural experience there is amazing. And the views are out of this world. I have been to many places including the Caribbean and most of the rest of USA, and I have never felt so welcome in any country – I was genuinely sad to leave. I am already planning my next trip because I know there is so much more to see.

Erica visited Hawaii as part of a tailor-made version of our Hawaiian Explorer Journey. To find out more about booking your USA holiday with Flight Centre, speak to a Travel Expert today.

The Chase is On: Follow Summer Around the Globe

77 Simply Breathtaking Images of the USA