An Insider's Guide to Barcelona

Barcelona is a city that many know well. You’ve probably been once before or know someone who has and have a pretty good idea of its most famous sights. There is however, a lot more to the Catalan capital than meets the eye, and even if you’ve been more than once, there’s always something more to discover. Here’s my insider’s guide to Barcelona, giving you ideas on alternative sights, local neighbourhoods and the best times to visit without the crowds. 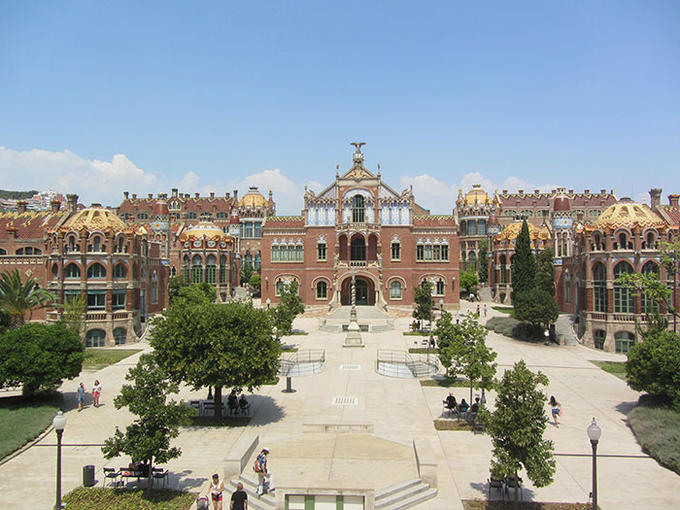 You’ve probably seen Antoni Gaudi’s famous Sagrada Família, but you may have missed one of my favourite buildings in Barcelona, which lies just a 10-minute walk up the road - the Recinte Modernista de Sant Pau. This magnificent building is in fact an old hospital and is the largest Modernista complex in the world. Now a tourist attraction, visitors can tour the hospital grounds and wards, filled with brightly coloured floral tiles, shimmering stained glass, ornate pillars and marble staircases. Designed by the architect Domènech i Montaner, it first opened in 1930, and is now listed as a UNESCO World Heritage site. 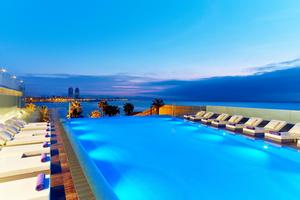 Designed by world-renowned architect Ricardo Bofill, experience true five-star luxury at this heavenly hotel, which is just 30 minutes from the airport. With extras 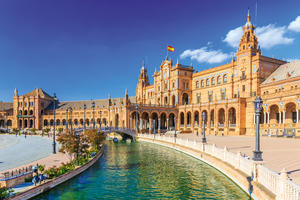 We love how this itinerary perfectly suits those who want to experience all of Andalucía’s highlights at their own pace. This enchanting self-drive Journey takes

Make your stay even better by asking us to book you the Privilege service package. There's a host of benefits; you'll stay in the best guestrooms, you'll also sip

Another of Gaudi’s most famous buildings you’ve probably seen before is the colourful Casa Batlló, but rather than stand in queues to see it again, head next door to the Casa Amatller. This elegant building has a distinctive rooftop like a Dutch gable and is covered in floral patterns and colourful tiles. It was designed by the architect Josep Puig i Cadafalch and completed in 1900. Like Casa Batlló you can pay for tours to enter and look around. Next door again sits the Casa Lleó Morera, another piece by Domènech i Montaner that’s well worth a look. With its huge panels of stained glass, coiffured ceilings and mosaic floors, it’s just as stunning inside as well as out. 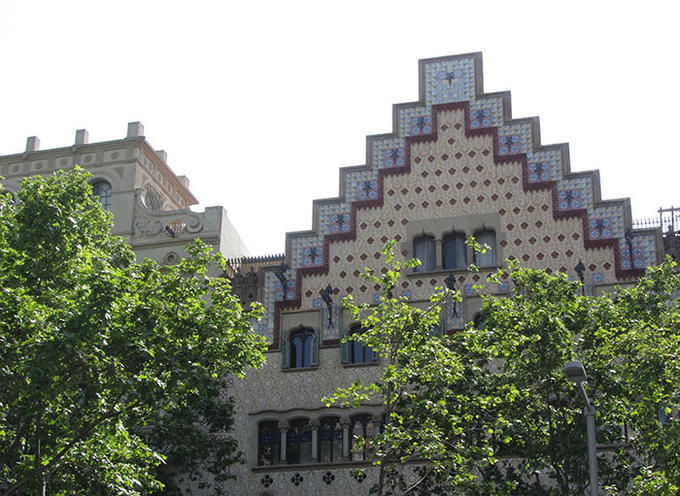 Instead of queuing for Parc Güell and jostling for photos in front of the multicoloured lizard along with hundreds of others, why not visit the Parc del Laberint instead? This clandestine park lies on the outer edge of the Natural Park of Collserola in the northern part of the city. Often quiet, and with lots of space, it was designed by an Italian architect in the 18th century and features 55 hectares of stunning landscaped gardens, fountains, ponds, pavilions and statues. The highlight is of course the park’s namesake – the large hedge labyrinth, which you can have fun getting lost in for hours.

If want to explore more by Gaudi, but have seen all his most famous works, it’s worth noting that there are many other lesser-known buildings he designed too. No less beautiful are two of the first buildings he ever designed – the Casa Vicens, located in Gracia, and the Palau Güell, found just off the Rambla. 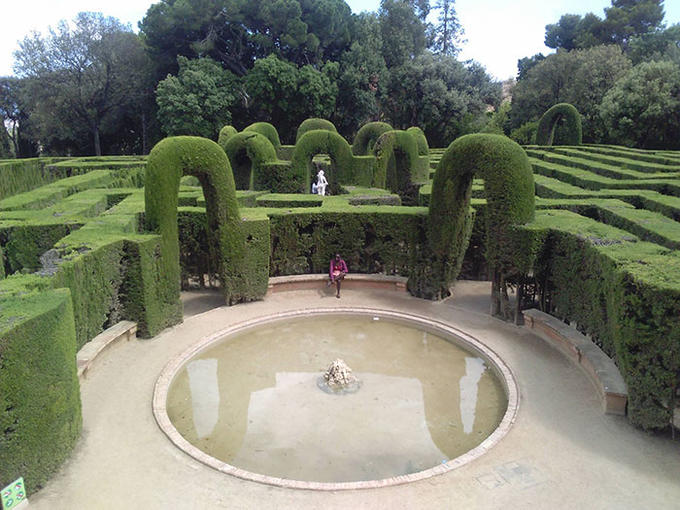 Which Areas to Explore?

Most visitors will stick to the central areas around the Rambla, the Gothic Quarter, El Born and Eixample, but there are many other neighbourhoods to discover if you want to learn more about the local way of life.

I particularly like Poblenou, a traditional Catalan neighbourhood, which lies to the right of the centre, close to the Bogatell Beach. Here you’ll find gorgeous Modernista architecture, as well as a quieter (and better shhh…) Rambla, lined with interesting bars and restaurants. The northern part of Poblenou, known as 22@ has been transformed in recent years into a hip up-and-coming area, where old warehouses have become cool start up projects, co-working spaces or hipster craft breweries. It’s also dotted with several interesting galleries and concept stores.

Another alternative is leafy Sarria, an upscale neighbourhood to the north of the city. Village-like in its feel, it’s filled with elegant old apartment buildings, mansions and gardens. There are also a handful of interesting sights here, such as the Pedralbes Park and its grand palace, the graceful Pedralbes Monastery and the Güell Pavilions, where you can see an ornate wrought iron dragon gate, designed by Gaudí. 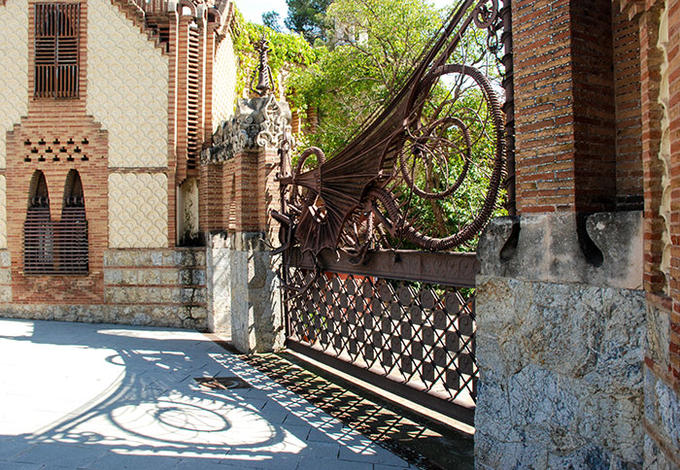 Although Barcelona attracts tourists year-round, the majority visit in the summer, when the weather is at its hottest. While this is great for going to the beach, it’s often far too hot for sightseeing – particularly in late July or early August, and the sights are infinitely more crowded. Many of the locals also leave the city in August, and while all the major attractions will stay open, many of the smaller, local businesses close.

One of the best times to visit Barcelona is in fact autumn, and particularly in September. All of the locals have returned by September and businesses are once again functioning as usual. While the temperatures have decreased, it’s often still warm enough to go to the beach. September is also the time when the city celebrates one of its biggest festivals - La Mercè, which is held for a few days around September 24th. The festival celebrates one of Barcelona’s two patron saints and features many different musical, theatrical and dance performances across the city. There are also parades of Catalan giants, castellers (human towers) and the infamous correfocs or fire runs, where pitchfork-wielding devils dance through the streets, spraying fire as they go.

Esme Fox is a professional travel writer who grew up in the UK, the Philippines and Uganda. She is now based in Barcelona and writes about Spain for places such as Lonely Planet and Rough Guides. Tweet me @EsmeFox

Europe
Why You Can't Miss Barcelona's Park Guell
Sun, sea, Sangria, plus history, art and culture in abundance? Not to mention the food…Who wouldn’t want to visit Barcelona?!My first visit to the city was a flying... Read More »
Europe
A First-Timer's Guide to Barcelona
You could spend a lifetime in Barcelona and not discover absolutely everything it has to offer. The good news, however, is you’ll be able to get most of the best bits... Read More »
Call:
0208 127 4273 0333 333 2211
Talk to a Travel Expert
Instant call back »We'll call you back for free
X