Flight Centre Travel Blog/How I Got Hooked on Queensland

How I Got Hooked on Queensland

My best-ever month was spent exploring Queensland with a childhood friend, tells Ellie Fazan. Swimming in the dazzling blue water off the coast; barbecuing seafood so fresh it jumped onto our plates; camping under starlight. Then losing ourselves in a wet, green world far removed from the Australia you might imagine, and having one or two adventures along the way… Castaway to coast and sea

Queensland’s sparkling seas are impossible to resist and its pristine beaches dot the coast in abundance, so you never have to go very far to find yourself in idyllic isolation. We camped on the sandy fringes of Noosa, where crystal-clear waters lap at the subtropical rainforest, a world apart from the fashionable resorts of the Sunshine Coast just a short drive away. And we spent several days exploring the giant dunes, freshwater lakes and shimmering creeks of sand- and sea-sculpted Fraser Island. Called K’gari – meaning paradise – by the Indigenous Butchulla people, it’s around 76 miles long by 14 miles wide, and the world’s largest sand island.

At Bundaberg we flew the 60 miles to Lady Elliot Island in a tiny tippy plane with just a handful of other passengers, taking in the endlessly blue-hued vistas as we went. It’s so remote that this is the only access, and the aircraft bump-lands along a grass runway the island’s length. While most people use buzzy Cairns as their stepping-off point to see the Great Barrier Reef – one of the seven wonders of the natural world and an unmissable destination – Lady Elliot Island is its southernmost coral cay, and an altogether more chilled way to experience its majesty. 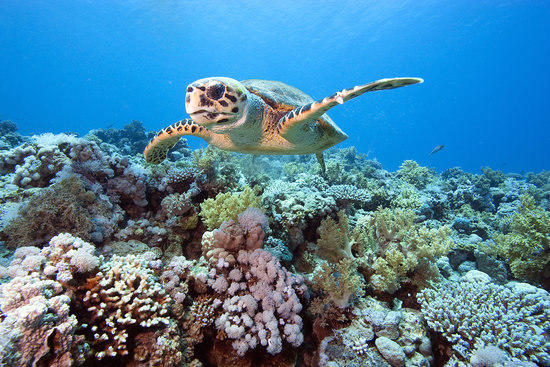 According to David Attenborough, the reef is the world’s “most exciting natural history experience”, and the good news is you don’t have to head into the deep in a custom-made submersible, as he did, to take in this vibrant rainbow of life. You don’t even have to scuba dive, unless you want to. The waters surrounding Lady Elliot Island are crystalline year-round, with an average visibility of more than 20m, so flippers and mask will do the trick. The reef is a sanctuary for over 1,200 species of spectacular marine life, and we saw manta rays, turtles and a reef shark, alongside what seemed to be the entire cast of Finding Nemo dancing in and out of the coral reef; a glittering world of neon pinks, electric blues and dazzling coral colours.

If, after exploring underwater delights, you fancy riding the waves, set your sights on the Gold Coast. Famed for its long, sandy beaches, it’s a vibrant sporting destination and home to legendary Surfers Paradise. On the boardwalk you’ll see a countdown clock to the Commonwealth Games (which come to the Gold Coast in 2018), embedded in a surfboard, of course. 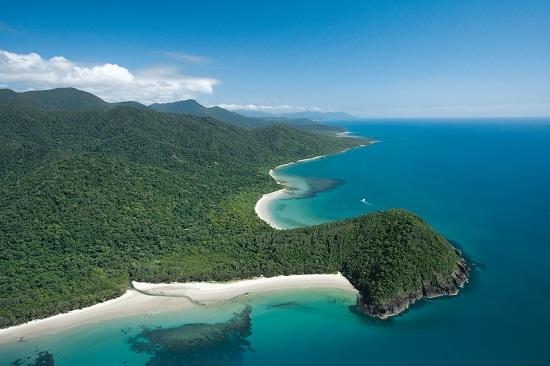 Get back to nature

Wherever you wander in Queensland, you’re never far from wildlife. Rainbow lorikeets perching on our balcony, kangaroos bouncing down the road, a koala sleeping in the trees. Close-up encounters with creatures like these were everyday, but magical, experiences. On the coast, crabs scuttled across the deserted beaches into their holes. A pod of dolphins brushed past us while we were sea kayaking. During an evening walk along Rainbow Beach, a magnificent whale breached the surface of the water. And that was just the beginning…

In the northeastern corner of Queensland, just two and a half hours from dusty Cairns, is a greener, wilder, wetter Australia than anything you’d ever imagine. Having stood for 135 million years, the tropical Daintree Rainforest is the oldest surviving rainforest in the world – and unlike anywhere else on the planet. Fringed by wild, blonde beaches, this dense, lush, biodiverse region is rich with unique swamp and mangrove forests, glistening freshwater streams and waterfalls, eucalyptus woodlands and wetland rainforest that together host a chattering of native birds and beasts. Look carefully and you’ll spot the ostrich-like blue-necked southern cassowary scrabbling in the undergrowth or see the tiny double-eyed fig parrot. There are even kangaroos living in trees here! In fact, it’s the most biodiverse tropical rainforest anywhere in the world, home to 65% of Australia’s fern families, and with 700 of the country’s plant species endemic to the region. Venture into the depths of the dripping jungle and across the Daintree River, where the boisterously green rainforest unfurls onto an immaculate white beach, and you’ll find an eco-tourist hub. From the cassowary crossings to the rainforest retreats (ranging from budget to ultra-luxe), it’s clear that this enchanting land and the creatures that live on it are treated with the greatest respect.

The Daintree Wilderness Lodge, where we stayed, isn’t the only accommodation that promises ‘minimal impact on the pristine environment’. At Daintree, the goal is to   teach guests about the value of conservation. Immerse yourself in jungle life on a walkabout with an Indigenous guide from the Kuku Yalanji people – whose oral culture dates back 50,000 years – delving into unreachable parts of the rainforest, learning their narrative as you go. Or see the rainforest by jungle surfing on a zip-line 20m above the ground, flying over waves of green on green on green. Either way, experiencing the natural world like this is life-changing. The air is thick with adventure in Queensland. It keeps you awake at night with its crackling, like unspent electricity. Whether you opt for exploring geologically fascinating landscapes or prefer sifting through the earth in search of ancient treasures, you’ll be spoilt for choice.

In the north, in Undara Volcanic National Park, beneath basalt soils and long grasses, lie the lava tubes – one of the longest and most important networks of tubular lava caves in the world, created 190,000 years ago when a volcano erupted. As the magma flowed down a dry riverbed, the top layer cooled and formed a crust, while the molten lava below drained outwards, leaving behind a series of hollow tunnels – perfect for scoping out as part of a guided tour.

Further south along the Capricorn Highway heading towards Rockhampton, dusty historic towns, with names like Emerald and Blackwater, are indicative of the gems and coal that rushed miners to this area in the 19th century. But here too, the landscape is far more ancient. Looking out at the rolling red, punctuated by standing rock formations at the Isla Gorge National Park, you feel that nothing much has changed since dinosaurs roamed the land 95 million years ago. Indeed, at Lark Quarry the footprints of stampeding animals are scorched into the ground. A few hours’ drive away in Winton, farmer David Elliott found a bone that led to the discovery of a new long-necked dinosaur species. It was fully unearthed last year and christened Savannasaurus elliottorum – you can even join a dig for a day. The splendid underground chambers and cathedrals of the Capricorn Caves, which formed from the coral seabed 390 million years ago, are another reminder of the ancient nature of this world. Take a multi-sensory tour, or climb and abseil through them on yet another adventure…

Stay for lunch, and then some

The food scene in Queensland is about so much more than Australia’s well-known penchant for brunch. Whether you’re in a quirky Outback town, vibrant coastal community or one of the state’s refreshingly laid-back cities, there’s a coming together of great ingredients, warm hospitality from local people and decades of immigration.

Brisbane has recently reinvented itself as a foodie destination where urbanites will revel in a multitude of excellent cafés, bars, galleries and fabulous riverside restaurants. Much of the food here has a decidedly Asian twist. The winners of reality TV show The Hotplate, Emi Kamada and Marie Yokoyama, have opened Bird’s Nest, arguably the city’s best Japanese restaurant. In George Street, modern Australian eatery Public serves fine cuisine in a relaxed but cool warehouse-style restaurant, high above the city’s Central Business District. While you’re in the area, treat yourself to a sundowner at the Stock Exchange Hotel, a slick rooftop cocktail bar with casual beer garden vibes.

But in the Sunshine State, it’s the simple things that are done best. We ate melt-in-the-mouth beef stew under the stars on a ranch in the north; were invited by friendly locals to join them at an Aussie beach barbecue; devoured freshly speared crab cooked in a Thai coconut curry sauce, prepared by our host in the Daintree; bought steaks and prawns and grilled them ourselves roadside; scoffed fish and chips straight from their wrappers; filled our van with fresh fruit and veg from roadside farmers’ markets. And everything was washed down with amber-coloured Bulimba Gold Top Pale Ale, cool droplets of condensation glistening on every bottle. Cheers, Queensland.

Ready to book your Queensland holiday? Make an appointment with one of our Travel Experts to find out all about our tailor-made Australia Journeys.

Australia
9 Must-See Animals in Far North Queensland
Australia as a whole is renowned for its wildlife. In fact, ticking off some native animal sightings is usually top of the list for visitors travelling from the UK. And... Read More »
Australia
Turf and Surf in Queensland
There’s something about Queensland. Nowhere else do wildlife wonders and island escapes come together to such dramatic effect. And then, travel writer Helen Ochyra... Read More »
Call:
0208 127 4273 0333 333 2211
Talk to a Travel Expert
Instant call back »We'll call you back for free
X