How I Ate My Way Along South Africa's Garden Route

How could you make one of the world’s most beautiful self-drive routes even better? Stuff it with great food of course. And when you discover the culinary treats that pepper South Africa’s iconic Garden Route, you’ll quickly see how this spectacular region could be your next favourite foodie destination. Officially, the route runs from Mossel Bay in Western Cape to Storms River in the Eastern Cape, but most people use the term ‘Garden Route’ to describe the journey from Cape Town to Port Elizabeth. And for the purposes of this blog, I will be too.

My South African friends had told me to expect lots of meat on my trip. Which is fine – I love steak! But I also like variation. However, the immense quality and diversity of the food that I had the pleasure of consuming has made me see the Garden Route differently. It’s like a mouth-watering smorgasbord, with gorgeous views to boot. I ate a lot of great food on my trip, but here are my top five Garden Route food experiences: 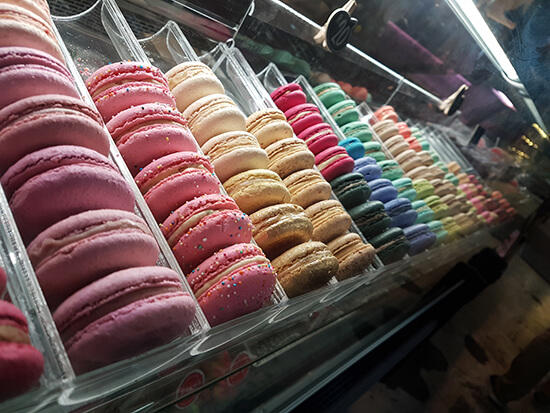 A visit to this street food market, enclosed in the harbour's historic pumphouse, is essential when you are in Cape Town. But a word of warning: with 40 stalls to choose from, it's best to arrive hungry. Multi-coloured macarons, homemade ice cream, craft beers, high-quality biltong... and that’s just for starters! I was almost at a loss as to where I should buy my lunch. Should I go for tasty looking Tunisian roti, or how about some Vietnamese rice paper rolls? It was a hard decision, so I had to buy a freshly made samosa to keep me going. The sight of some Turkish-style langos caught my eye. A pizza and Vetkoek (a South African deep-fried bread) hybrid, the langos was looking like a winner, but then the scent of sizzling beef tempted me over to the Vagabond Kitchen. Here, the idea of a pan-fried beef sirloin whole wheat wrap, with a feta and yogurt dressing, was just too good to turn down. 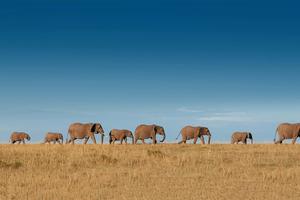 From the majestic slopes of Table Mountain to deep blue lagoons and world-renowned winelands, this Journey is the perfect way to experience the Mother City. After the 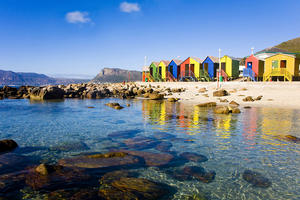 Fine dining at The Twelve Apostles

Cape Town’s foodie scene is thriving and you don’t have to look far to find world-class fine dining in the city. Sometimes, you don’t even need to leave your hotel. Just 25 minutes’ drive from the V&A waterfront you’ll find my favourite Cape Town property – The Twelve Apostles Hotel & Spa – overlooking the ocean by Camps Bay. The on-site Azure Restaurant is a destination eatery in its own right. The dinner choices are made up of tasting menus with additional wine pairings or an excellent a la carte.

I started with a citrus confit yellowfin tuna,which was ceviche-style, yet with an Asian-inspired sauce. Before I had finished exclaiming about how fresh the tuna had been, a palate-cleansing sorbet was delivered to the table with a theatrical dry ice centrepiece. Following the waiter’s recommendation, I’d opted for the fish of the day as my main course. This was served in a saffron mussel cream with salt-baked celery root and compressed apple. The flavours were complex but the subtle sweetness of the apple just cut through the rich sauce, making each mouthful sublime. Could this meal get any better? Well, I finished it off with a slice of the best key lime pie I’ve ever had, so yes. My budget couldn’t stretch to eating somewhere like this every night, but the food and the stunning ocean view really made this blow-out worthwhile. 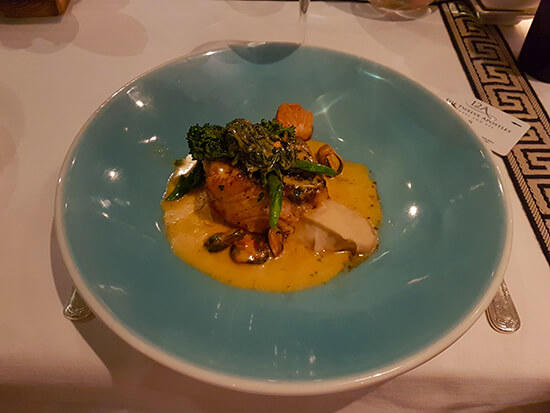 I was keen to have that quintessential winelands experience, where I could sip a selection of locally produced drops overlooking the vines, and I found exactly that in Franschhoek. The Eikehof winery, on the outskirts of town, is a small family run outfit with over a century of history to it. On arrival, I met the wine maker, who explained that he was the fourth generation of his family to run the winery. He showed us a rustic wooden picnic beach to the rear of the property that look out over the Merlot vines, before bringing us our first wine to taste. The chilled Sauvignon Blanc slipped down a treat on such a warm day, so it wasn’t long before our second taster was introduced. Only this time the wine came was an array of cheeses, biscuits and homemade biltong. Now the scene was complete. Gorgeous sunshine, tasty snacks and a full range of the wines made from grapes that were grown just metres from where I was sitting. You can buy oysters from decent restaurants all the way along the coast, but you'll want to have them in South Africa’s premier oyster spot. I’ve never been much of a fan of these salty molluscs but that could be because, until now, I’d never been to Knysna. I knew this little fishing town had a reputation for oysters but, once I arrived, I found it surprisingly difficult to find any. After asking around, I stumbled across 34 South, which, to my joy, professed to be the home of the Knysna oyster. So this is where they were hiding!

I rushed in and immediately ordered two coastal oysters, which were then expertly shucked before my eyes. As I mentioned, I am no professional when it comes to eating oysters, so my first Knysna oyster was a bit of a performance as I tried to slurp it into my mouth – struggling to retain a morsel of dignity. It tasted delicious, an almost buttery taste that was offset by the half bottle of Tabasco I’d added thanks to my inexperience. Fortunately, my failings had not gone unnoticed and a helpful local (and evidently a seasoned oyster aficionado) talked me through how to perfectly eat an oyster. And here’s what he told me… loosen the oyster from the shell, give it a good squeeze of lemon, a grind of black pepper, one drop of Tabasco and tilt your head back as you tip it into your mouth. WOW! Not only did I look like I knew what I was doing, but the taste was out of this world! I ordered two more on the spot. If you have tried these oysters and had better, I would be very interested to know where. 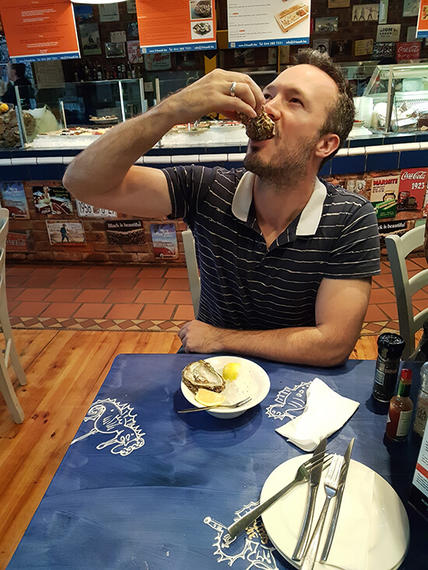 A trip to South Africa presents the opportunity to sample some of the country’s most popular meats that you tend not to find back home. Many restaurants serve ostrich steak, which is generally considered to be one of the healthiest meats around thanks to its low fat and salt content. When I first landed in South Africa I had a full day in Johannesburg before my onward flight to Cape Town, so I decided to find somewhere that I could experience classic South Africa cuisine. I asked around and the recommendation that kept coming up was a restaurant called moyo, in Melrose Arch. So I thought I'd give it a go. I should mention that moyo also has a restaurant in Cape Town so you can experience this as part of the Garden Route.

The decor was very attractive; rustic yet chic, like looking at indigenous cultural art through flashy polarised lenses. The menu didn't disappoint either. The starter menu was packed with the exotic choices including springbok carpaccio and, less temptingly, fried mopane worms (think crunchy giant caterpillars). To start, I went for the crocodile tail pies, which comprised of three small puff pastry pies, stuffed with crocodile meat in a creamy mustard sauce, served with a zingy orange and pineapple salsa. Delicious; I could have eaten twice as many – although the crocodile flavour was mostly disguised by the punchy mustard. I followed up with a perfectly cooked (which is medium rare, of course) ostrich steak and washed it down with a cold bottle of Castle Lager. Africa
Things to Know Before You Go to South Africa
With an intoxicating portfolio of diverse landscapes that range from Table Mountain, towering over Cape Town and its craggy coastline, to river deltas, deserts and... Read More »
South Africa
5 Incredible Garden Route Experiences
You might have heard of South Africa’s famed road trip – the Garden Route. For many people this fabled journey represents an uncovering of the natural beauty of... Read More »
Call:
0208 127 4273 0333 333 2211
Talk to a Travel Expert
Instant call back »We'll call you back for free
X