With the new non-stop Qantas flight from London to Perth, the gateway to Western Australia, this spectacular state is finally getting the attention it deserves. Here, writer and photographer Nori Jemil explores its northernmost tip...

They say visiting Bardi Jawi country, on the northernmost tip of Western Australia’s Kimberley region, is a once-in-a-lifetime experience… so, of course, I had to go twice. The adventures here are of the kind you’ll never forget: sitting in the pitch black watching the first stars of the Milky Way appear, rising over the horizon as the Earth turns into the night; cooking bush tucker on an open fire; or watching whales breach the turquoise water, just metres from the coast. 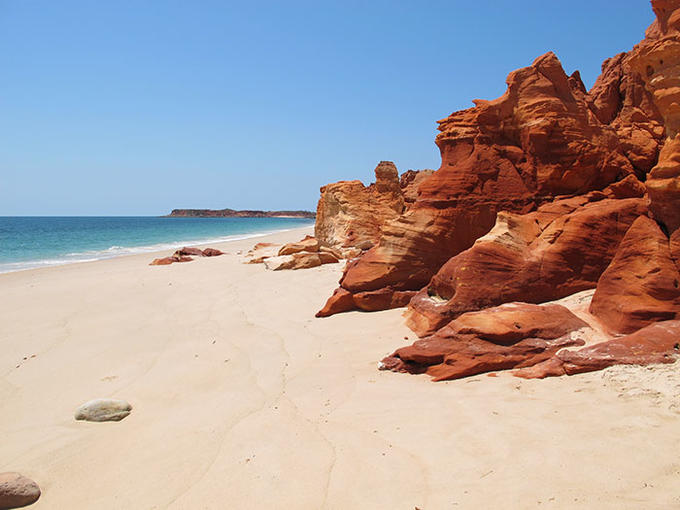 Until an internal Qantas flight from Perth to Broome came into play, getting here was quite the adventure. Now the area’s only an hour from the state’s capital, which is itself just a single hop away from the UK. And the old town of Broome is a fabulous base from which to explore, with Cable Beach and its famed camel trains, Sun Pictures (the world’s oldest outdoor cinema) and fantastic hotels and restaurants.

At the end of a track road that’s sometimes closed in ‘the wet’, Cape Leveque is a gorgeous red-cliff corner of the Kimberley, at the very top of the Dampier Peninsula. The first time I came here was via a scenic flight. Taking off from Broome, the light aircraft swooped us over the green-flecked seascape of the Buccaneer Archipelago, where isolated isles are fringed by pristine sand bars. And then there were the views of the ‘Horries’, or Horizontal Falls; the world’s only level-flowing waterfall is, according to Sir David Attenborough, “Australia’s most unusual natural wonder”.

With silhouettes of mother and calf humpbacks frolicking in the turquoise depths below, this flight is magical. Landing at Cape Leveque, on a runway of paprika-red sand, I felt like Indiana Jones, even though it was no more difficult to arrange than calling an Uber. You’re picked up at your hotel beforehand, then the pilot drops you within walking distance of the peninsula’s best restaurant for a lunch of freshly caught fish. 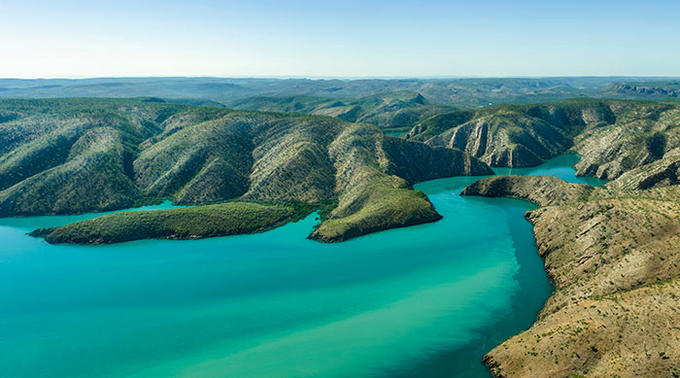 But to really do this corner of Australia justice, a road trip is the way to go. Plenty of people do a self-drive up here: a good vehicle, maps and an adventurous spirit will get you around safely, but you do need to be well prepared. As a solo traveller, I chose to join a Kimberley Wild tour, which also took in the rugged Gibb River Road route and the state’s northeasterly Bungle Bungle Range in Purnululu National Park. Amazingly, it wasn’t until the early 1980s that anyone other than the locals knew that the beehive-shaped domes of the Bungle Bungles existed. This dirt-road trip, which loops out of Broome and back, is one of the most epic in all of Western Australia, landing each night at a wilderness station such as Mount Barnett or Windjana Gorge. This is the quintessential Outback experience, crossing rivers, cooking on an open fire and wading through gorges.

On the Dampier Peninsula, our first stop on the road north was the distinctive pearl-shell altar in the church at Beagle Bay, followed by a visit to One Arm Point, or Ardyaloon, right on the peninsula’s tip. After visiting the aquaculture hatchery there, we set off with local guides from the Ejai family, the ancestral owners of nearby Jackson Island, to learn about traditional life and culture.

‘Remote’ is the best word to describe the frontier outpost that is Cygnet Bay, Australia’s oldest pearl farm and our next stop. It’s run by the descendants of Dean Brown, who skippered a rickety vessel into this unknown land in 1946, seeking his fortune. He lucked out with the Pinctada maxima pearl shell. After learning about the history of the pearling industry, I couldn’t help but look for something special: a pair of silver-sheen pearl-drop earrings.

Travelling over the peninsula the next morning, we reached our base for the next few days: the Kooljaman wilderness camp, one of the continent’s top coastal resorts. Set on native title land, it’s owned by the Indigenous Bardi Jawi communities and exemplifies their values of always putting the land first. Powered by the sun and using refined bore water, the camp has a low-impact ethos. Despite this off-grid approach, head chef Joseph McGrattan mixes modern techniques with bush ingredients to wonderful effect.

Our final foray into the land and culture of Bardi Jawi is a bush-tucker walk with a local guide. His easy way with visitors and keen sense of humour means an hour or two in his company will leave you both entertained and educated. We sauntered along behind him as he pulled seasonal fruit from bushes we didn’t even notice, explaining their uses and healing properties as we went. That night we watched him and a group of others mud-crabbing on the foreshore, silhouetted in crepuscular light as waves lapped around them. It’s easy to romanticise a bygone Aboriginal outdoor existence, but here it seems that it’s still possible. 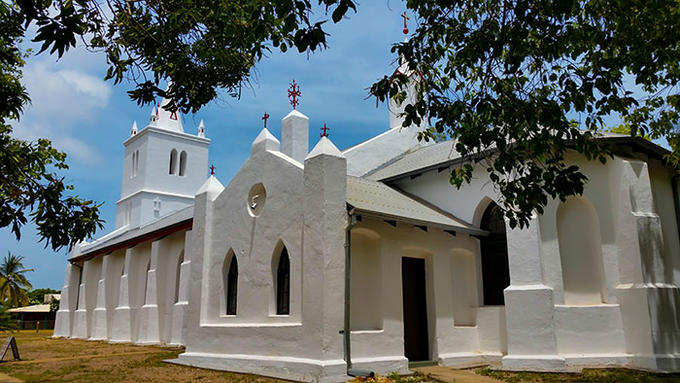 Both times I’ve stood on Cape Leveque’s glorious beach, with the sun turning the pindan cliffs an even deeper ochre, I’ve watched a distant row of humpbacks spewing briny clouds of spume over the horizon. Behind me, the unmistakable aroma of a barbecue has drifted down the beach and a cold beer beckoned. Afterwards, I’d gaze directly at some of the world’s clearest night skies, unfettered by canvas, before continuing my Western Australia adventure. You don’t need a reason to return to this little oasis, but as I gave my pearl earrings to my sister for a ‘big’ birthday, I’m already planning my third, once-in-a-lifetime visit.

Chat to our Travel Experts about our range of tailor-made holidays to Western Australia.