Flight Centre Travel Blog/Getting the most out of Cuba

Getting the most out of Cuba

Canadian travel bloggers, Matt and Caro, take us on a journey through Cuba and show us how to get the most out of a Cuban adventure. Here's what they got up to with just a week in Cuba. 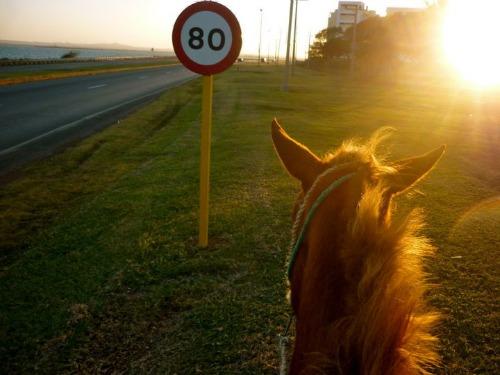 Our first experience came along easily enough, we didn't even have to look for it! It found us while we were sprawled out on a beach. And by "it" I mean a man selling horseback rides at sunset!

Later that day with the sun creeping lower in the sky we mounted up! Minimal instruction was given, other than how to stop, and we were off in a galloping pack. Initially the location left a little to be desired, we trotted along in between two large streets on a wide, grassy median. But the beautiful scene unfolding on the horizon quickly washed any of our critiques away and helped produce some great pictures and fun memories.

We had seen people vrooming around the streets of Varadero on scooters and it looked like a great time, but we wanted to explore outside of our resort town. We got our scooter for a half day for about $20, not including a $50 deposit, but the money was worth it when you look this good!

While it was a little nerve wracking driving down the side of giant highways as huge transport trucks barrel passed, the scooter worked fantastically!

We drove out of Varadero and into the small town of Cardenas. Hours were spent driving along the streets, getting lost, stopping, turning around, taking pictures, and just watching people’s daily life unfold.

There was so much more going on, so many more people on the streets than back in Varadero. This is the Cuba that we'd been missing in the days prior. It was so close, we just had to take the extra effort to find it!

With only a few days left in our week in Cuba but we still needed the crown jewel of the Cuban experience... 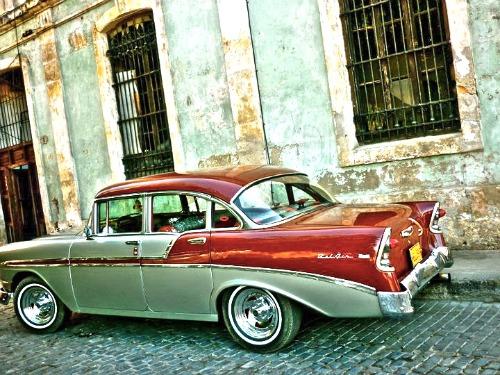 Cheap bus tickets in hand, we were set to leave Varadero the next morning.

Arriving in Havana the first thing that strikes is the feeling of a city frozen in time. A city that clearly had money and power decades ago, but has now faded, its elaborate relics serving as reminders of that past.

That being said, it's easy to understand why Havana is a photographer’s paradise. Where else in the world can you find a bustling city that has barely changed since 1962?

I'm aware that we'll spend an entire day sightseeing, but in Havana it was so simple! There was so much visual stimulation from the beautifully maintained classic cars, the conflicting and decadent architectural styles, to the people just going about their lives.

We took some time to stop at a cafe for lunch before educating ourselves at the Revolutionary Museum. The museum showcases the planning and execution of the Cuban Revolution from 1953 to 1959, and its central figures in Fidel Castro and Che Guevara. Now their information may be a tad biased if you know your history, but it merely adds to the fun of visiting. 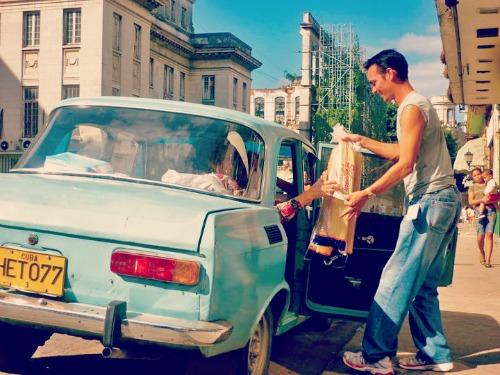 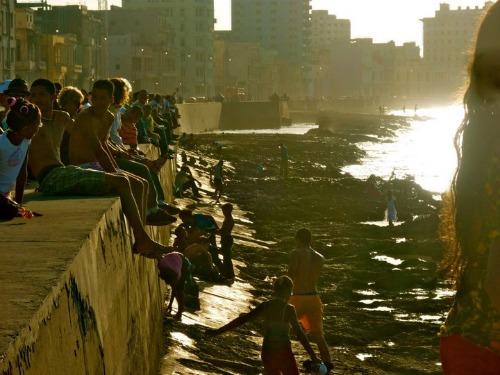 We finished our day down by the Malecon waterfront, a popular hangout among the locals. We watched as children played in the tide and adults rested on the seawall sipping drinks and watching the sun disappear over the horizon. A picturesque ending to a great day.

We got all we could out of our week in Cuba and it just required a little extra effort! An all-inclusive resort is a great treat but we think you're really missing out if you don't reach outside of that bubble. Do some research, look around you, and explore!

Matt and Caro are a young Canadian couple who love to travel. They met each other in 2008 and a mere 4 years later they were embarking on a round the world journey! They run PassportandaToothbrush where they share personal stories, and tips on how to plan your own adventure!

If you would like to know more about Cuba, take a look at our Cuba travel guide and also our holidays to Cuba from just £739. And if you fancy somewhere else in the Caribbean then you won't want to miss these Caribbean deals.