A Foodie’s Guide to Travelling Indonesia

Indonesia is a vast archipelago of many thousands of islands, each with its own unique culture, language, history and cuisine. With such diversity to be found across the country, Indonesia is an incredible place to embark upon a culinary tour.

Each island, region or even city have their own delicious styles of cooking and there’s an enormous variety of different dishes waiting for you across the country, as well as a few favourites that are so good they have spread across the entire nation.

From nasi goreng and beef rendang to satay and bakso, here’s our foodies guide to Indonesia. 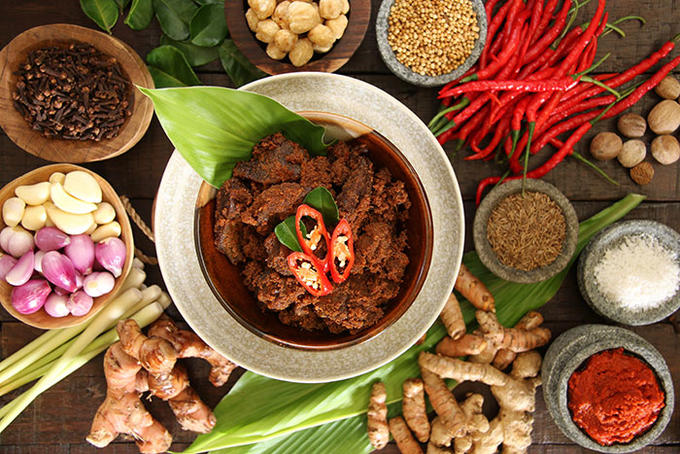 Beef rendang is one of the most iconic dishes to be found in Indonesia. This is a dish that is traditionally reserved for special occasions but once you’ve enjoyed your first taste you will quickly find that you won’t want to wait to devour more.

Rendang is slow cooked to perfection after being marinated in an array of spices, from lemongrass to chilli. Rendang is most commonly cooked with beef but you can find chicken and mutton versions across the country too. Although the dish originated in Sumatra, this is a firm favourite that you will find almost anywhere in Indonesia. 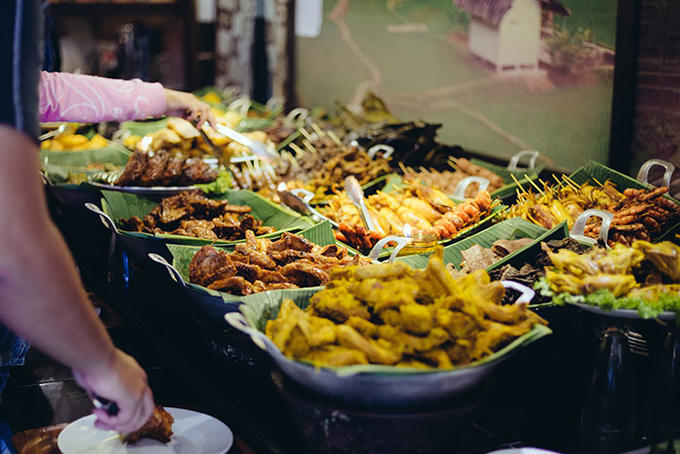 Masakan padang is a term that describes not just a single dish but more of a style of cooking and a type of restaurant that serves up a great number of local dishes buffet-style.

Masakan padang originates from Sumatra and is named for Padang, the island’s capital city. This is the best place to find Rendang, but aside from this you can find a huge range of curries, vegetable and potato dishes that are served up with a hefty portion of rice. You can order as much as you can eat and you pay per item. 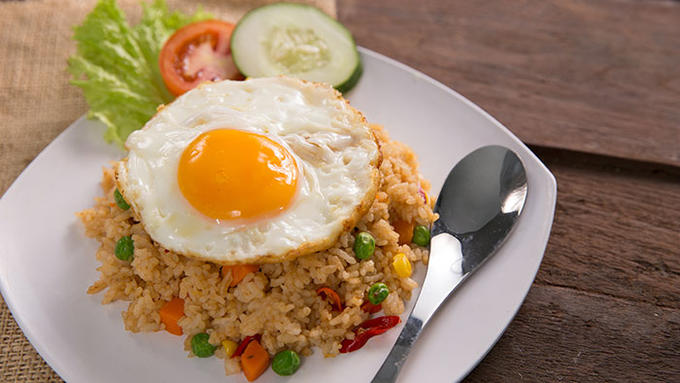 Nasi goreng translates into English as 'fried rice'. This is a simple dish but one that will have you hooked. Rice is wok fried in oil with a selection of vegetables and spices, before being ideally served up with a fried egg on top and some spicy sambal chilli sauce or sweet soy.

You can find vegetarian nasi goreng as well as meat options, and being so easy to cook this is Indonesian culinary option that has been adopted on every island. 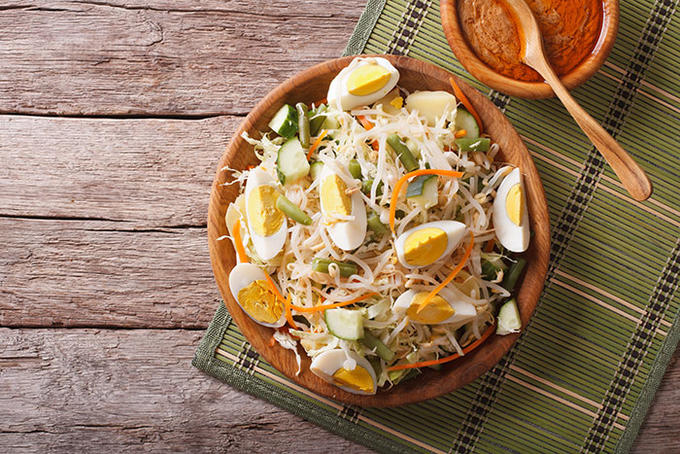 If you are looking for a healthy super salad then gado-gado is the food to try. The dish is thought to come from the Sunda Islands but is now prevalent across Indonesia. Each region has its own way of preparing gado-gado, but the basic premise is to take a selection of vegetables and mix them together with boiled eggs before covering in a rich peanut sauce that perhaps isn’t as healthy as the rest of the dish. 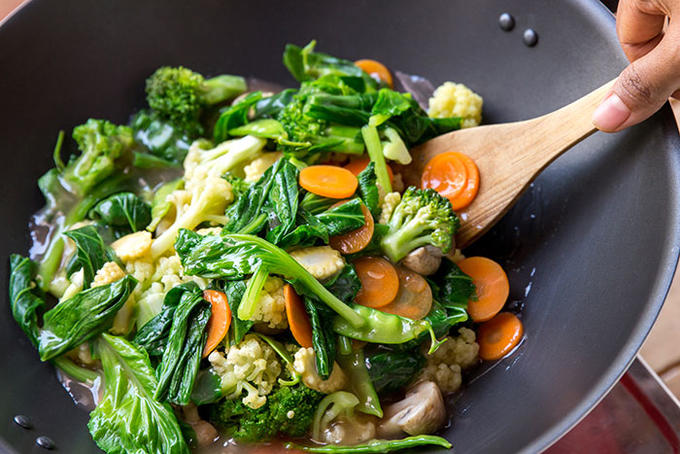 Cap Cay is a Chinese-inspired dish that is another great option for vegetarians. Take a mix of fresh vegetables, primarily cabbage, carrots, mushrooms and cauliflower, and stir-fry them together in a delicious oyster sauce. It makes for a great side dish or a meal on its own. Cap cay originated amongst the Chinese communities that emigrated to Indonesia, particularly Java. 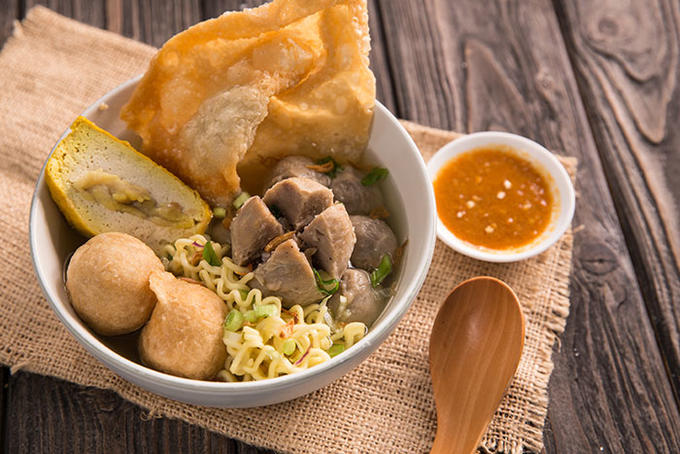 Bakso is a delicious beef meatball that can trace its origins back to a fusion Chinese cuisine that mixed with Dutch food during the colonial days. You can find street vendors serving up steaming bowls of bakso that usually consist of meatballs in a mellow broth that’s full of noodles and spices. Each region has its own variation though and you can find bakso sellers mixing in eggs, chicken and more. 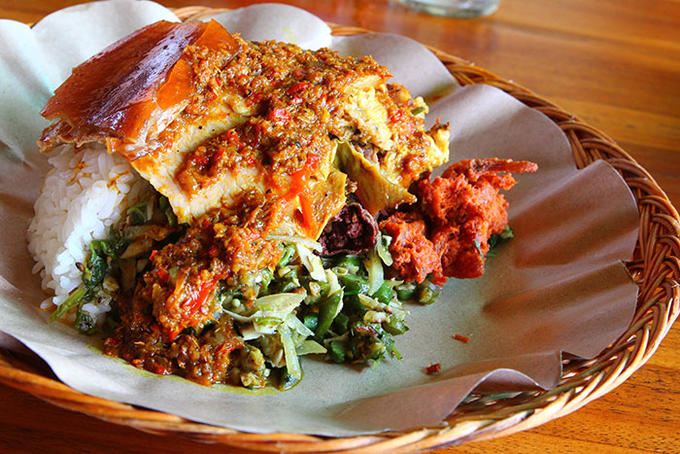 Indonesia has the largest Muslim population in the world, and on most islands, it would be impossible to find pork dishes. Several of the eastern islands though, such as Flores and Timor, are predominantly Christian, while Bali is Hindu. These religious differences are very much reflected in the cuisine.

In these regions and most famously in Hindu Bali, you can find babi guling, a crispy, slow-roasted suckling pig that is tenderised to perfection.

Although this is traditionally a ceremonial dish - especially in Bali - these days its soaring popularity ensures you can find it in many restaurants in non-Muslim majority regions. 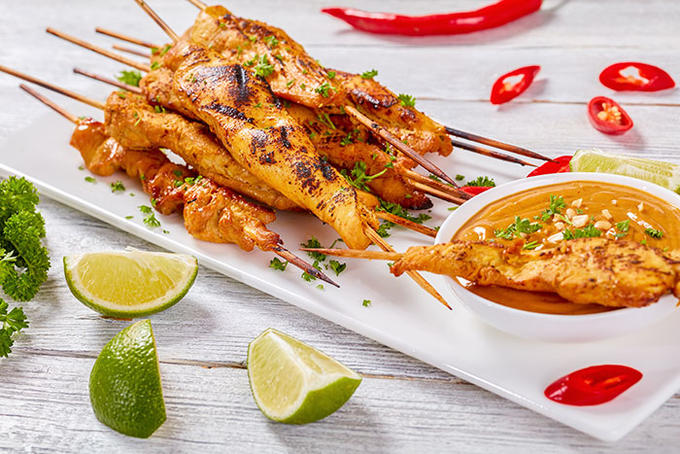 Satay is a classic Asian dish that’s popular across the world. Indonesia is no exception and you can find great satay being cooked up by humble street vendors and gourmet chefs alike.

These meaty skewers can be almost any sort of meat in Indonesia and of course, they are best served with a healthy dose of peanut sauce. 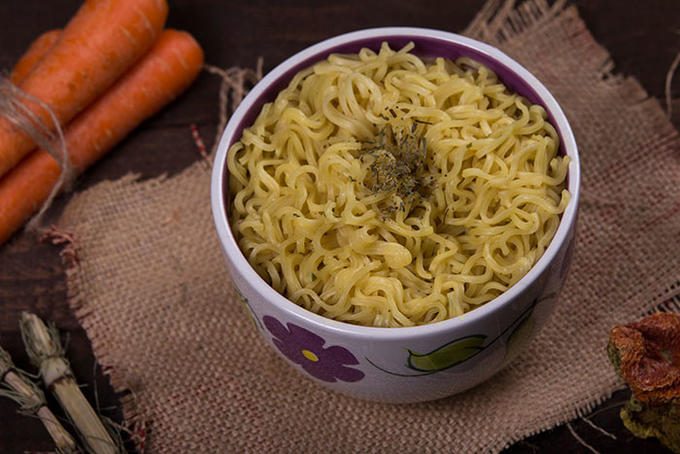 Indomie is a national institution that it’s almost impossible to avoid when visiting Indonesia. This is the country’s own brand of instant noodles that are now exported to supermarkets across the world.

Although it may not sound like a culinary masterpiece, eating Indomie is almost a cultural rite of passage.

You can easily make your own of course - just purchase from the local shop - but you’ll also want to visit the dedicated street stalls that specialise in turning these simple instant noodles into gourmet creations. They take Indomie and cook up these noodles with anything, including chilli, cheese and eggs. 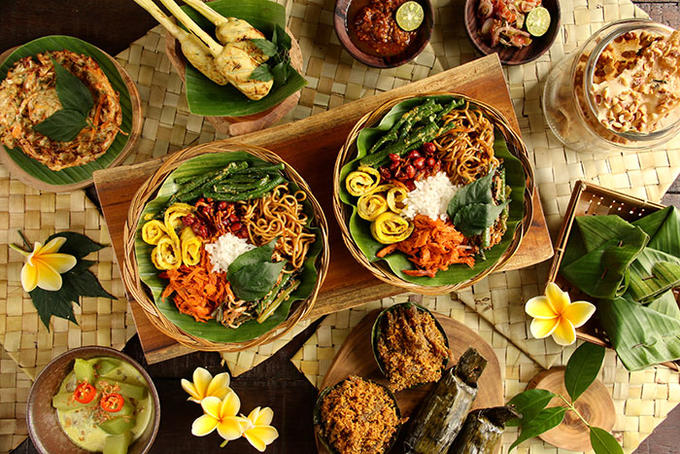