Here I am, clinging to the back of a motorbike taxi as my smiling driver cuts through the honking traffic and shoots through the parking bay of an office block to skim a traffic-clogged corner – waving at a surprised security guard as he goes for good measure. 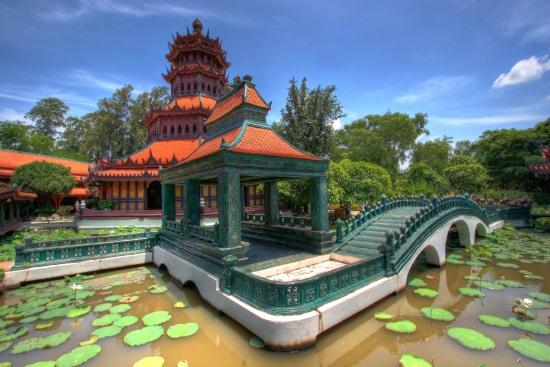 I’m late for dinner and figured that in this vast city, two wheels might be better than four. My journey is more of an adrenaline rush than I bargained for – it feels a bit like we’ve robbed and bank and are making our getaway – but it’s also a whistlestop tour of the sights and sounds of the jam-packed streets that intersect Bangkok, Thailand.

The silvery Skytrain and ancient ficus trees fly past, as do saffron-robed monks, mirrored skyscrapers glinting in the sunlight, gold-clad temples and 10-storey mega malls.

Before I know it, we’ve bumped up onto the pavement and I have reached my destination – early. One thing’s for sure, no one can ever accuse this city of being boring. Bangkok’s swirling intensity reached new levels last year, however, when anti-government protests were followed by a military overthrow. 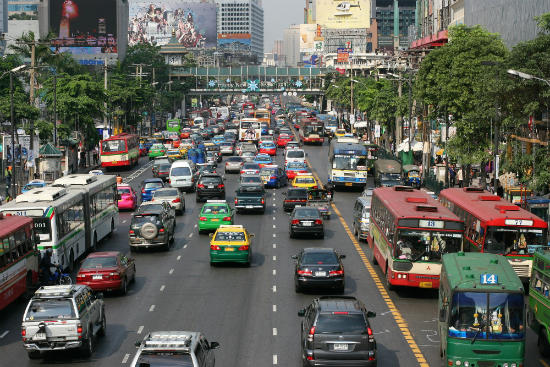 As a result, many visitors chose to bypass the capital, heading to the temples of Chiang Mai, the clubs of Koh Samui, the spas of Hua Hin and the bright-white beaches of Phuket instead. And what a great shame that was.

For life in Bangkok ticked over pretty much as usual – woks still fired up in the streets every steamy morning, maze-like markets sprang forth every afternoon, and bright pink tuk-tuks whizzed around town. Six months on, evidence of the unrest is all but invisible.

To woo back travellers, the city’s already highly competitive hotels have pulled out all the stops – free nights and fancy room upgrades – while Tourism Thailand has introduced special travel insurance schemes, ‘happiness’ festivals and beach clean-ups. There has never been a better time to visit. 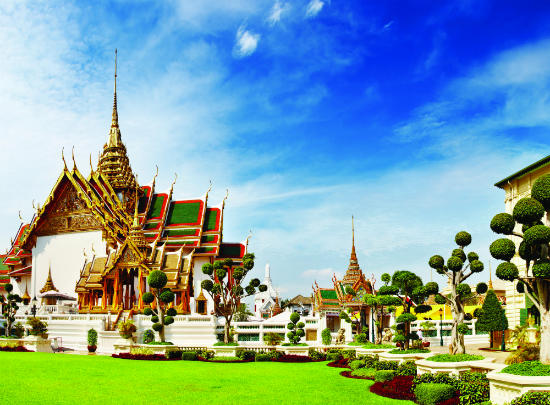 And really, how could you miss out on this colourful, complex capital city? A place where Thailand’s kaleidoscopic cultures collide so magnificently; where dawn risers are rewarded with the sight of lilac-swathed nuns cutting through the lush Lumpini Park (named after the birthplace of the Buddha in Nepal).

Where a bowl of blisteringly delicious noodles costs less than £1 in Chinatown or on the bustling Sukhumvit Soi 38. Where you can bust your baggage allowance before your shopping budget at the bargain mecca of MBK Center at the upscale Siam Paragon, or at the vast, 8,000-stall Chatuchak Weekend Market. Where you can have a 90-minute massage for a fraction of the price you’d pay at home, or drink cocktails up high at the open-air Sky Bar on the 63rd floor of lebua At State Tower. And where you can spend the next day lolling in a long-tail boat, drifting past twinkling temples on the Chao Phraya river. 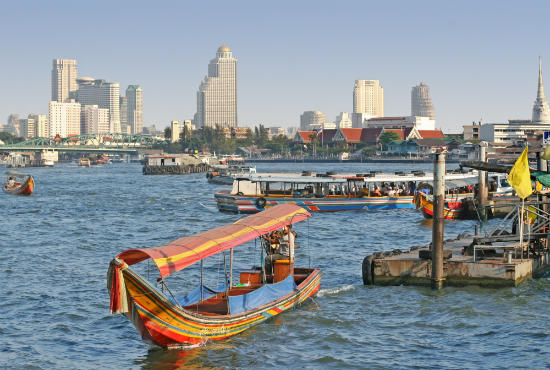 And when this town tuckers you out – and it inevitably will – there’s no better way to experience all that Thailand has to offer than by teaming the bright lights of the capital with a stay in one of the country’s more laid-back resorts.

Thailand
Discovering Northern Thailand
Thailand is undoubtedly famed for the beautiful islands and beaches found in the Southern reaches of the country, alongside the vibrancy and religious grandeur of... Read More »
Bangkok
5 Top Things to do in Bangkok
Top Things to do in BangkokEven if you're short on time and only stopping by this vibrant capital city for a day, that doesn’t mean you can’t sample a flavour of... Read More »
Call:
0208 127 4273 0333 333 2211
Talk to a Travel Expert
Instant call back »We'll call you back for free
X