In October 2017, former Flight Centre Travel Experts Reece Gilkes and Matt Bishop set off on the first ever circumnavigation of the globe on a scooter with a sidecar. Their 18-month journey, sponsored by Flight Centre, aims to raise awareness and money for Unseen UK, a charity that runs the UK’s Modern Slavery Helpline. We caught up with Matt and Reece in South Africa for an update on their adventure so far: 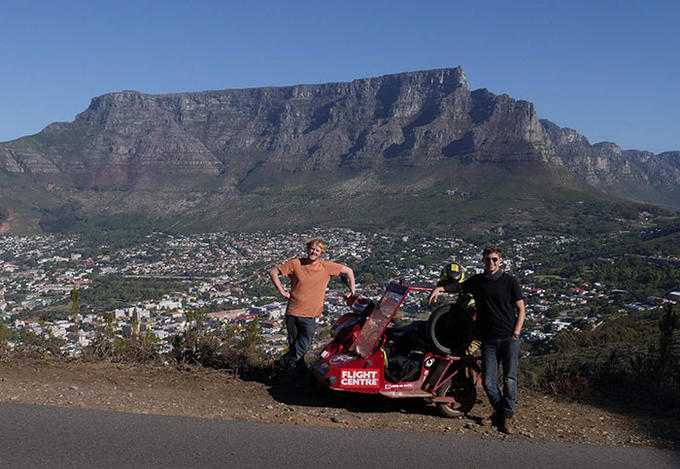 First of all, please can you explain what this challenge is and why you decided to do it?

Reece: Nearly 3 years ago now we decided we’d attempt to be the first people to ever circumnavigate the globe on a scooter and sidecar. There are many reasons why we wanted to do it but the main focus has been to raise awareness of one of the biggest human rights abuses in history – modern day slavery. There are 45.8 million people enslaved in the world globally, that’s 3 times more than at the time of trans-Atlantic slave trade and they live in every country on earth. We figured if we could tell stories of modern slavery from all corners of the globe then we could really show that it’s happening now and that we can do something to stop it. At the same time, we wanted to show the world to people as we see it - an unbelievably friendly place where you’ll be welcomed by extraordinary, unique people wherever you go.

How do you know each other?

Matt: We’re old school friends but went off to separate universities and then eventually both ended up working in the Oxford Street Flight Centre store which is where we came up with this idea. We’ve travelled together before but nothing like this! 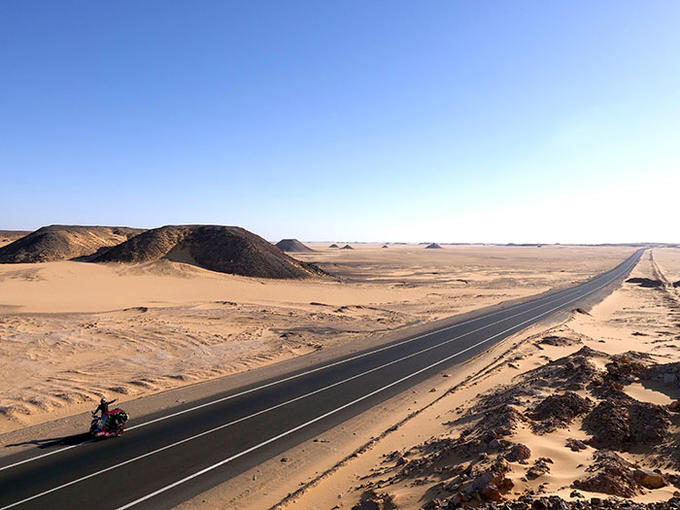 Why a sidecar? Are you motorbike enthusiasts?

Reece: No. Definitely not but they’re growing on us! When we cooked up the idea for this trip neither of us had ever ridden an actual motorbike let alone a motorbike with a sidecar but once we started working out what we wanted to achieve with the project, we realised a scooter and sidecar was our only option. Essentially, we’re showing off but for good reason. We figured we could tell stories of modern slavery in every corner of the globe by flying there but nobody would read them, we had to grab people’s attention with something truly ridiculous and judging by the looks we get when we drive down the road we think we’ve managed that.

When did you start and where have you been since then?

Matt: We started on October 21st last year so it’s been 6 months so far! We kicked if off from Ace Cafe London as part of our London to Paris rally against modern slavery, where we were joined by another 65 people for the ride through to Paris and it was an awesome experience. Since then we’ve made it all the way through Europe to Greece, popped the sidecar on a ferry to Egypt and have driven the length of Africa, racking up 12,000 miles in the process.

How long do you expect the journey to take?

Reece: We estimated before we left the trip would be roughly 40,000 miles and 18 months. So, we’re a little behind schedule in terms of distance but we were also delayed for a few months because of breakdowns and shipping problems that couldn’t be helped. If all goes to plan we think we’ll reach London in April 2019. 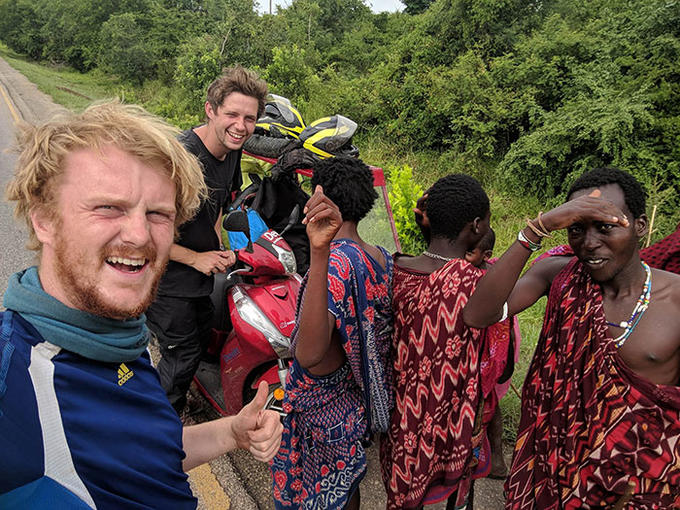 What are your highlights so far?

Matt: There have been so many highlights that to pick just a few is pretty difficult, how about a top 5?

Have you met with any unforeseen difficulties?

Reece: Mainly just breakdowns. The worst of which was in Ethiopia, on the day we arrived the Timkat Festival was going on, with a huge carnival atmosphere that had all the locals out dancing. Our clutch completely self-destructed while we were surrounded by 500 exceptionally excited locals. It was fairly intimidating but people were happy to help us reach our destination. 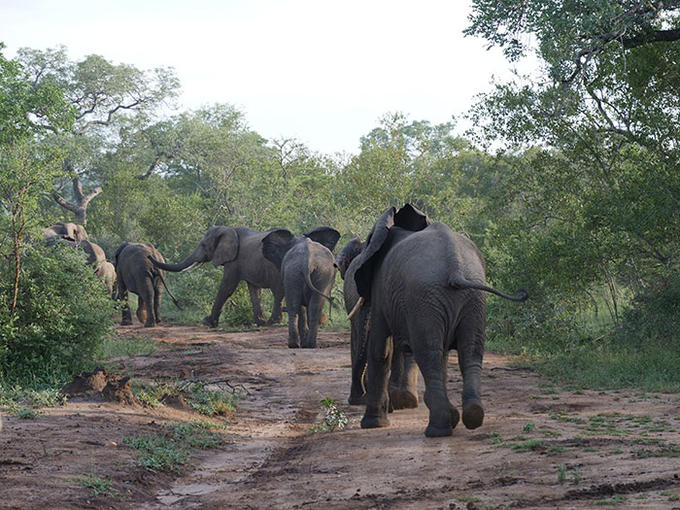 You’re currently in South Africa – can you tell us what you’ve been up to there?

Matt: We’ve been on an absolutely dream road trip through South Africa. We entered via Zimbabwe and took an unbelievable stretch of road down to Kruger National Park where we found ourselves wading through herds of buck just to get to our tent. We then headed south for the Garden Route. After a long couple of days of driving through some unbelievable scenery we hit the coast at Plettenburg Bay. Here we took a quick walk around the Robberg Nature Reserve and splashed around looking at the seals before making our way down towards Cape Town. We’ve been hanging out here for a week or so sorting the shipping for the bike out and it will be hard to leave. It’s just such a cool city with so much to offer. There’s so much nature on your doorstep but you’ve got all of the usual niceties and fun of being in a major city. Probably our favourite city yet.

Where are you headed next?

Reece: Next is South America. First stop Santiago, Chile. From there we hope to drive to Anchorage in Alaska. We can’t wait for it. Right now, we’re most looking forward to just getting to Chile but we’re especially excited for Bolivia and the Salt Flats.

If you like the sound of any or all of these fun-filled adventures, give your Expert a call today to discuss our South Africa Journeys, including our best-selling Garden Route & Safari Journey.

Africa
7 Unique Things to Do in South Africa
Thought South Africa was just table-shaped mountains and wildlife watching? Think again. South Africa has plenty in the way of quirky/thrilling/fun activities to be had.... Read More »
Africa
10 Alternatives to Safari in South Africa
South Africa is well known for its diverse wildlife. Animal enthusiasts from all over the globe jet in to Kruger National Park, armed with monstrously sized cameras,... Read More »
Call:
0208 127 4273 0333 333 2211
Talk to a Travel Expert
Instant call back »We'll call you back for free
X