Flight Centre Travel Blog/How to Fix Yourself in Nepal

How to Fix Yourself in Nepal

After going through a bit of emotional unrest last year (read: unremarkable breakup), I did two things. First, I went on an inexplicably excessive yoga spree — mostly to develop a pair of doing-it-on-my-own thighs and partly because I found planking to be a good outlet for my rage. Second, I booked a trip to Nepal.

I’ve always thought of Nepal with a degree of mysticism. Having grown up in the foothills of Snowdonia, the unfathomable scale of the Himalayas is fascinating to me. Other than that, I knew relatively little about the country other that it patched the border between India and Tibet. 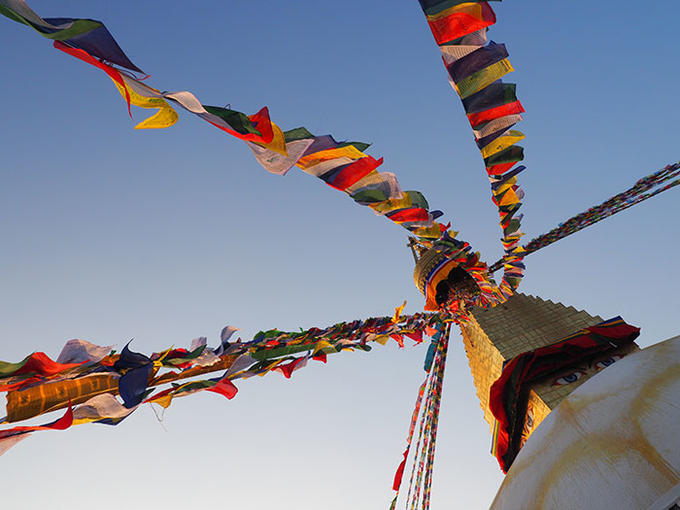 What I did have was an impression, and that was of a spiritual place peppered with nature, traditions and maybe the odd pocket of chaos (which turned out to be the traffic in Kathmandu). It was — and try not to trip over my Western privilege here — a place I could go to gather up some dislodged parts of my confidence. It was this impression that eventually led me to book the flight to Tribhuvan International Airport. And it turned out, I had company.

A good proportion of people I met in my two weeks were spurred there by some upheaval or other; heartbreak, illness, redundancy. And mostly all were travelling solo until we were grouped together and started sharing stories, books and smoked Nepalese whiskey in the back of a minibus. So why had they chosen Nepal? Because their impressions had been the same as mine. “I think,” one woman said, “tearing yourself away from familiar things forces you to free up that space in your head you’ve been clogging up with whatever.”

Yes, it is. So is Nepal really some giant country-shaped first aid kit for the soul? Among its many other facets, it certainly can be. It all depends on what you do when the plane lands... 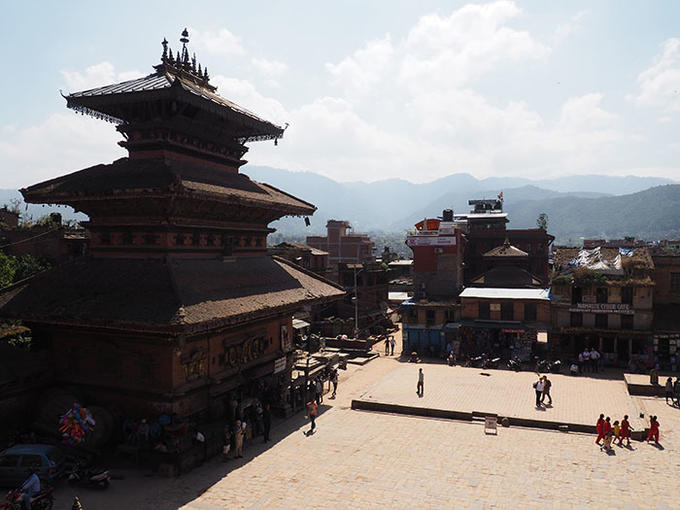 Visit the temples of Kathmandu

Lose yourself in the rotating crowd at Swayambhunath and revel in the cacophony of prayer, chanting, music and street noise. Visit Durbar Square, still undergoing painstaking restoration following the devastating earthquake of 2015.

Watch the sunrise over the Annapurna Range

The people-pleasing town of Pokhara is buzzing at night, but the magic of the place shines most at sunrise. Sign up for the multi-day Poon Hill trek or make the short drive up to Sarangkot to see the first light hit the peaks. Taking it to the next level

Spend a night at a Buddhist monastery

Ideally one located outside the city. A reliable source of calm and usually a great way to force yourself to unplug and reconnect. If you get the chance to attend a sunrise chanting session, go. You probably won’t have a clue what’s going on but it’s oddly soothing. Disclaimer: not for everyone.

Nothing can humble you quite like gliding along the river in the morning mist as rhinos rise from the water on the bank next to you, or staring down at a fresh tiger paw print in the sandbank, or following your gaze through bouncing branches to a family of monkeys in the tree above you. Treat yourself to a poolside lodge. Take yourself fully off the grid and onto the trails of the Himalaya. Seasoned trekkers can venture this one on their own — just make sure you have a map, a pair of suitable boots and some money to stay at the local teahouses along the way. A combination of tough climbs, pleasant tracks, a smattering of yaks and more than a couple of temples also gives way to some of Nepal’s most beautiful views. The perfect setting for a life-altering epiphany.

Because hiking the Annapurna is hard work. 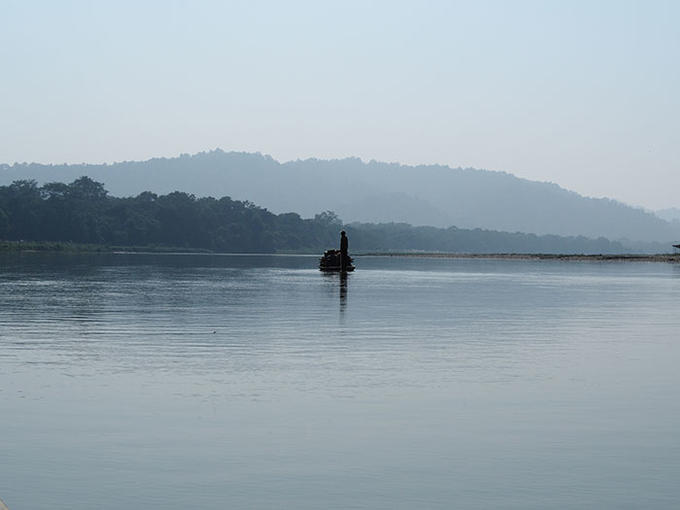 Chat to a Travel Expert about planning your trip to Nepal.

Asia
15 Things I Learned When I Hiked to Everest Base Camp
To maximise our chances of reaching Everest Base Camp in one piece, my husband and I did plenty of research before we’d even set foot in Nepal. But no amount of... Read More »
Tanzania
How to Prepare for Climbing a Mountain
When I told my friends and family I was planning on climbing Mount Kilimanjaro, they reacted with a mixture of shock, disbelief and mild amusement. While I’m not... Read More »
Call:
0208 127 4273 0333 333 2211
Talk to a Travel Expert
Instant call back »We'll call you back for free
X