From the great landscapes of the American West to the cosmopolitan city of Denver, Colorado has much to offer, as writer Elle Griffiths discovers on a whistle-stop tour... 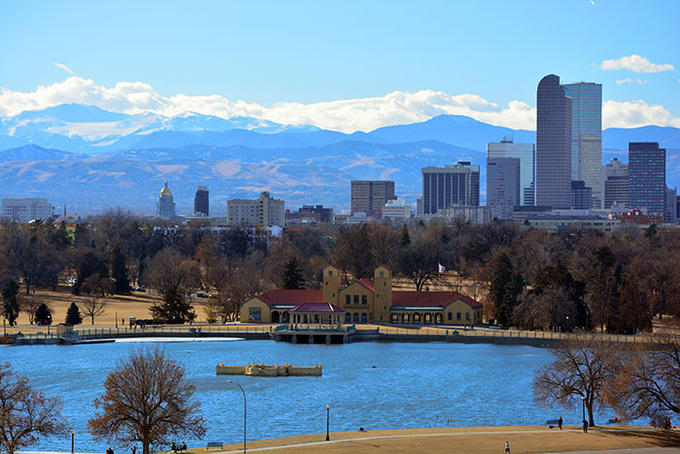 On a crisp, sunny morning – one of 300 such days a year in Colorado – I set off to explore Denver on foot. It’s one of the few American cities you don’t need a car to explore, and it’s an exciting mix of contemporary blocks and Old West architecture.

In RiNo, the River North Art District, murals splash the walls of historic warehouses and factories, now home to jazz bars, restaurants, breweries and coffee houses. If you prefer to view art indoors, the Mile High Culture Pass is your ticket to the city’s museums. History buffs should head to Larimer Square, where the city was founded in 1858 when General Larimer staked a claim, later building the first residence here – with coffin lids for doors. William “Buffalo Bill” Cody and other legends had addresses here, too. 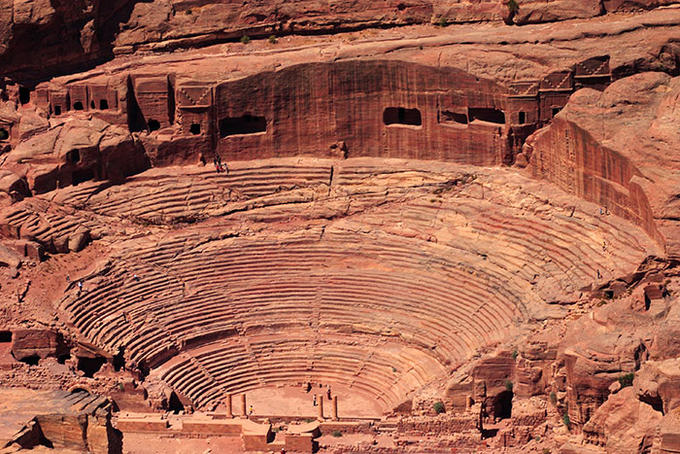 There’s a strong food and arts scene these days, and during summer the streets come to life with arts festivals, and smoke fills the air from food trucks celebrating the farm-to-fork culture of the state. Colorado’s craft beer trend can be traced back to 1979 and the launch of Boulder Beer, and Denver hosts the annual Great American Beer Festival. It’s a city that loves music: you’ll hear anything from bluegrass to electronica, and there’s the Summer Series at nearby Red Rocks Amphitheatre, where everyone from The Beatles to U2 have headlined.

Denver is also a stepping-off point to explore the great landscapes of the American West. Manitou Springs is just an hour’s drive south. Its waters are held sacred by the Ute and Cheyenne people for their healing properties, and it’s easy to see why. There are 19 naturally carbonated spring fountains hereabouts and it’s possible to take them in on a loop from Pagosa Springs to Steamboat, where every July, the Hot Air Balloon Rodeo takes place. The nearby Garden of the Gods Park – where towering sandstone rock formations sit against snow-capped peaks and brilliant blue skies – is perfect for hiking, biking and horsing around. After sufficient purification, I was thirsty to explore the wine country of Grand Junction. While California hogs the US winelight internationally, Colorado holds its own, as I discovered after a few glasses of Shiraz at the Whitewater Hill Vineyards, where there are also world-class mountain biking trails. Take in the dramatic pillars and canyons of Colorado National Monument, perhaps best experienced along Rim Rock Drive, where you may spy bighorn sheep and eagles.

Then there’s Durango. Used as a location for Butch Cassidy and the Sundance Kid, it makes a filmic backdrop for your Wild West fantasies. But this city’s the real deal, from saloon bars to steam trains. The Durango and Silverton Narrow Gauge Railroad has been running since 1882; feeling like a 19th-century outlaw, I rode the rails, spotting buffalo roam the plains as if from a bygone era, and high-mountain meadows covered in wildflowers. Close to Durango are the cliff dwellings of Mesa Verde, one of Colorado’s four national parks. There’s also a river-cut granite scar at the Black Canyon of the Gunnison National Park and 274m-high dunes at the Great Sand Dunes National Park, where there’s rafting, zip-lining, camping and cowboy adventures. I journeyed to the Rocky Mountain National Park, home to moose, elk and shimmering Bear Lake where I saw a golden eagle flying high above me. You’d be hard pressed to spot a more all-American sight than that... The Quirkiest Restaurants in the USA
Eating out is about more than just the food – the location, atmosphere and those extra-quirky touches make all the difference. And as the US is pretty big on... Read More »
Call:
0800 587 0058 0333 333 2211
Talk to a Travel Expert
Instant call back »We'll call you back for free
X