A Day In The Blue Mountains National Park

It’s Australia’s most accessible wilderness; just a 90-minute drive from Sydney brings to you the Blue Mountains National Park, a staggeringly beautiful section of the Greater Blue Mountains World Heritage Area. So on your next trip to Sydney why not spend a day out of the city exploring the waterfalls, scenery and walkways of the Blue Mountains. 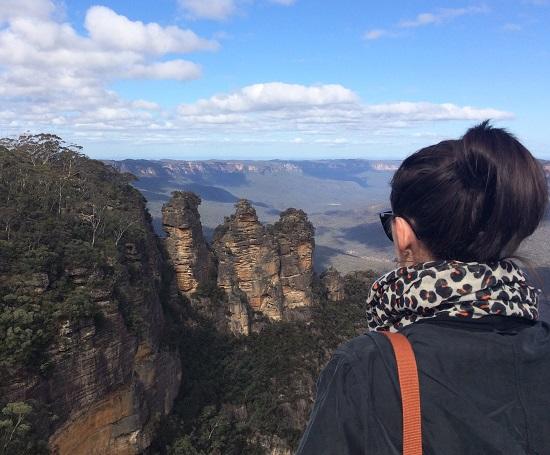 One of the biggest draws of the Blue Mountains region is the iconic Three Sisters rock formation at Katoomba. Before you get there, however, take time to stop at Wentworth Falls, which will be signposted from the motorway.  The winding trails around Wentworth Falls and Jameson Creek are famous for being walked by Charles Darwin in 1836 - you can literally walk in the footsteps of the famous naturalist.

This will also be your first opportunity to see how the Blue Mountains gained their name. The National Park is covered in a dense forest of eucalyptus trees and when their leaves get warm they release a mist of eucalyptus oil that refracts the light and looks blue from a distance. Some days the Blue Mountains are bluer than others, but the area has a magical air to it all year round. Katoomba itself is a charming rural town; the railway station looks like it hasn’t changed in decades. The high street gets a steady stream of tourists throughout the year but the local businesses still retain their personal touch. A unique place to stop for lunch is The Yellow Deli. Run by a religious group called The Twelve Tribes this café has sparked controversy throughout the years but its distinctive décor draws in the crowd. Designed like a wood cabin you might find in Lord Of The Rings, the property has a higgledy-piggledy layout with booths hidden in multi-levelled nooks and crannies. With a log fire roaring in the corner, the café even smells cosy – although that may not be quite as appealing if visiting during summer!

At the far end of town is the Echo Point lookout, which provides panoramic views of the southern Blue Mountains, Kanangra-Boyd Wilderness and the famous Three Sisters. These three weathered sandstone peaks, formed thousands of years ago through erosion, play a significant role to the Aboriginal Darug and Gundungurra peoples who have called this land home for at least 20,000 years.  There are many stories associated with this land and its peoples and they are explained along some of the walking trails.

If you have neither the time nor energy to tackle the trails there is a less strenuous way to explore the area. Scenic World near Katoomba allows you to explore the National Park via four different experiences. The Scenic Skyway, Walkway, Cableway and Railway take you up, over and through the Blue Mountains, educating visitors about the area’s vegetation and history along the way. 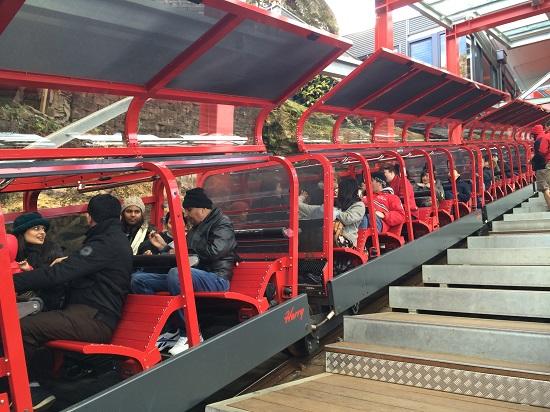 For thrill seekers one ride is particularly boast-worthy – the Scenic Railway is the steepest passenger railway in the world. Once used by miners the railway has been given new carriages where passengers can choose the incline of their seat - a ‘laid back’ 44 degrees incline or ‘cliff-hanger’ 64 degree ride – a steep but fun experience either way.

For a more sedate experience the Scenic Skyway takes you across the valley in a glass floored carriage, offering views of the Three Sisters, Katoomba Falls and Jamison Valley below.

Your entrance ticket allows you unlimited rides on all four experiences and the ticket office can advise the best route for you to take in order to make the most of everything on offer – including how long to allow for the 2.4 kilometre Scenic Walkway.

But before you head back to the city at the end of the day, find a parking or picnic spot with a vista of the valley and wait for the sun to set. As the sunset turns the Blue Mountains a burning amber you won’t be disappointed with this vibrant end to a daytrip from Sydney. 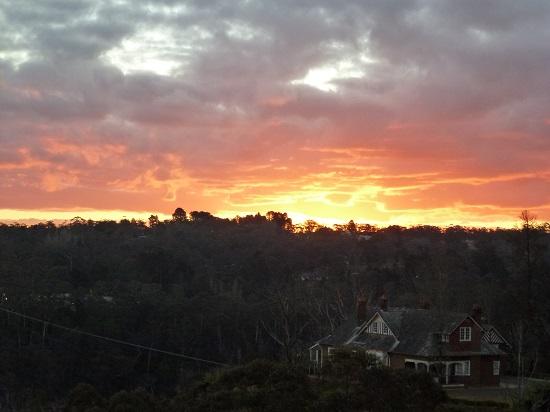 Jayne Gorman is a freelance travel blogger and social media manager who is currently based in Australia. Find her blogging about travels, sweet treats and street art at Girl Tweets World or on twitter as @jayneytravels.