Choosing the right wine is a thing of great importance – especially in a grape-loving country like the USA. Indeed, Napa and Sonoma are actually the second-most visited attractions in California after Disneyland. But how do you know which is better? Which valley produces the best varietal? And with the most affordable price tag? Having visited both this summer, I now realise the answer to the 'Napa vs Sonoma' quandary is complicated. In fact, no one is better than the other – they’re just very different, and here’s why: Sonoma may have the numbers when it comes to small, family-run vineyards (around 450 to be precise), but Napa really has the big guns, like Robert Mondavi and Beringer. We’re talking nearly 400 physical wineries, producing 1,000 brands of wine, across 43,000 acres. We’ll let you pause for a moment to take those numbers in. 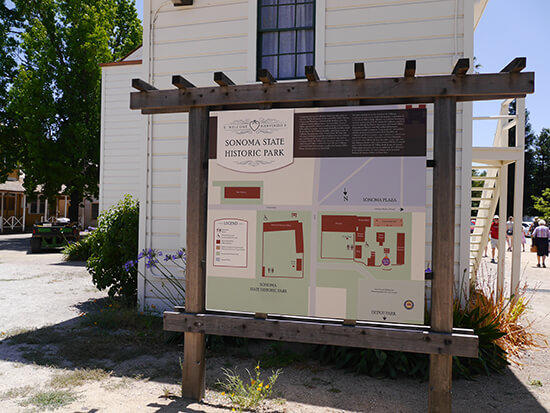 …But Sonoma has the history.

Sonoma – the most iconic city in the valley – is infused with a rich Mexican history and culture. It’s home to the last and northernmost mission in Upper California: the Mission San Francisco Solano. What's more, the Mission is part of the Sonoma State Historic Park, which also includes the Sonoma Barracks, the Toscano Hotel and a collection of Servants Quarters all within walking distance of Sonoma Plaza. Most of the spots are associated with Mariano Guadalupe Vallejo, the man who helped develop Sonoma as a US city and instigated the secularisation of the Mission. 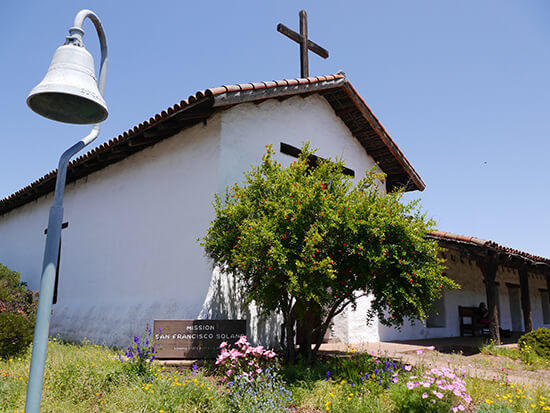 Sonoma is typically cheaper than Napa too.

Generally, Sonoma Valley wines are much more reasonably-priced than those in Napa. The tasting fees are usually a bit less too – although if you visit the valleys on a tour you won’t have to worry about that. 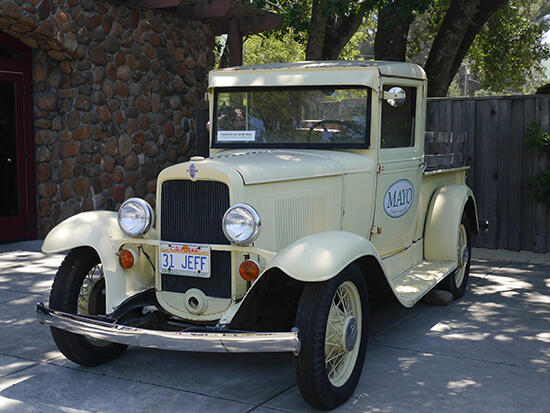 And, if you time it right, you can join in the Bear Flag celebrations.

Bear Flag Day, marking the Bear Flag Revolt of 14th June 1846, is a pretty big deal in Sonoma. It’s where 33 American settlers arrested the town’s Mexican leader and raised a flag with a bear and a star on it, declaring it an independent nation: the California Republic. The revolt was short-lived when, just days later, California officially became part of the US. Still, it is celebrated every year over 150 years on in the town’s main plaza. Think barbecued foods, microbrews aplenty, live music and a re-enactment of the revolt itself. If you’re just stopping here for lunch (like we did on Bear Flag Day), I heartily recommend the duck sandwich at the Sunflower Café – but make sure you’ve secured your spot by midday, when the majority of the revellers descend. Napa isn’t without culture though.

Wine is the big draw in Napa, but it’s not the only reason to visit. Indeed, the Valley is home to historic sites, art galleries and exhibitions aplenty. Even the wineries host cultural festivities throughout the year! Our favourites are the Robert Louis Stevenson Museum – which pays tribute to the Treasure Island author with a collection of 9,000 items – and the Jessel Gallery, to the east of the region. Founded by watercolourist Jessel Miller, it boasts work from some of the best artists in California, as well as offering kids’ arts classes and the perfect setting for a picnic lunch (BYO wine of course). 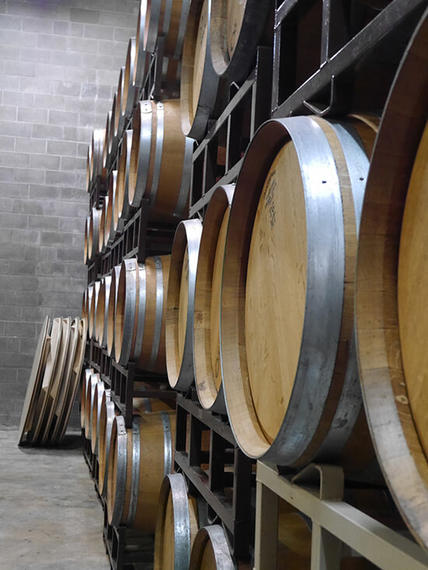 Although, if you’re making the trip to Napa you may as well visit Sonoma too.

Especially if you want to try different types of wine. For example, Napa is great for cabernet sauvignon, chardonnay or merlot, while Sonoma’s zinfandels and sparkling wines are renowned. Napa and Sonoma sit side by side, so it makes sense to visit both in one trip. I’m on the fence with this one: each have their charms – Napa is the quintessential wine country experience, while Sonoma has a laid-back appeal. But if you’ve got the time and money, don’t choose one over the other. My partner and I visited the Muir Woods National Monument, Napa Valley and Sonoma Valley (as well as stopping for a photo op at the Golden Gate Bridge!) all in one day on Extranomical’s Redwoods & Wine Country Escape tour, which picked us up in Union Square, San Francisco. It was the perfect way to soak up each region, and the plethora of wines. Roman, our German tour guide, knew A LOT about wine and was very invested in making sure we tried as many varietals as possible in the time available. He really made the experience for us – exactly what a good tour guide is all about. Next stop: some Riesling in the Rhine? Alex visited Napa and Sonoma on our California & Canyons Journey. To find out how you can do the same tailor-made USA holiday, and tag on the Redwoods & Wine Country Escape tour, speak to one of our Travel Experts today.

California
Where to Go Wine Tasting in California
Considering California is pretty laid-back, wine is serious business here. In fact, tourists love the Golden State vineyards almost as much as they love its theme parks... Read More »
Yosemite
A First-Timer’s Guide to Yosemite National Park
‘The mountains are calling, and I must go’. Gaze across Yosemite Valley from Tunnel View, and you’ll see why US National Park-founder John Muir uttered these... Read More »
Call:
0208 127 4273 0333 333 2211
Talk to a Travel Expert
Instant call back »We'll call you back for free
X