An all-American road trip features high on many people's travel wish lists (remember Flight Centre consultant Eva Martin who spent her honeymoon on Route 66?) Travel blogger Jenny Lowthrop drove from coast to coast and in this new guest post series will take us through the sights and snacks she found along the way!

Driving across America, is one of those bucket list essentials and I am so pleased to be able to tick it off my list. Not that it is ‘done’ by any stretch of imagination, as America is never done. There is always another State to uncover, another long endless road to drive down and another giant pancake to eat. However for the sake of a never-ending travel bucket list, travelling from San Francisco to New York City by car means I am one tick closer to seeing every corner of the world. 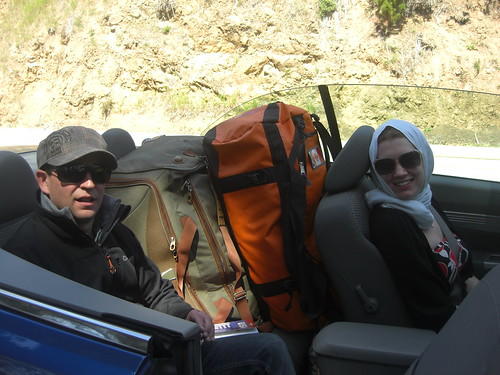 My two friends and I started our road trip in San Francisco and planned to head down the famous Route 1 coastal road through Santa Cruz and Santa Barbara and LA before heading inland to Las Vegas. The dream had been to hire a Convertible Mustang the whole way, but with ever changing weather from state to state and the cost of taking an extravagant car over 4000 miles across the country we had to settle for a ‘small’ (nothing in America is small) vehicle… BUT not before we got the convertible dream out of our system from Santa Cruz to Vegas…

The heat was intense, the wind was low and it was time to sunbathe while driving? Wrong! It was actually seriously cold, the wind was ridiculously high and it was NOT perfect convertible driving, but it was finally time to start clocking up miles as we drove from West to East Coast America!

The coastal drive was gorgeous, the views of the cliff edges, the waves, the woodlands and Big Sur, the Wharf at Monteray, huge houses on mountain tops, the views were simply breath-taking... quite literally. Each time we jumped out the car for a photo opportunity (there were many) we were almost blown over the cliff edge by the strong winds.

About half way down we decided to brave the winds and take the hood down, after all that is what convertibles are for. In the driver’s seat I was having an awesome time, sunning myself Thelma and Louise style, keeping warm as the heaters blasted out warm air on my feet. Can't say it was the same story for my friend Steve in the back who was wrapped up for the Arctic in a fleece, windproof jacket, scarf, hat... the works! That coastal wind bites.

After overnight stops with old friends in Santa Cruz and Santa Barbara it was time to head into downtown Los Angeles for a few more classic journeys down Rodeo Drive and Hollywood Boulevard to Venice Beach. If you haven’t been to LA before, be warned that Hollywood Boulevard is probably not the most glamourous part of LA, tourist hotspot by day and raucous by night, but still a must see. Rodeo Drive is exactly as you imagine (think children in Gucci sunglasses!) and our convertible looked like scrap metal in comparison to the other wheels on the street. The sight we expected to see on Venice Beach of tanned bikini clad women and toned lifeguards was far from the truth, instead we were greeted with more crazy winds blowing sandstorms across empty beaches, clearly we chose the wrong time of year. 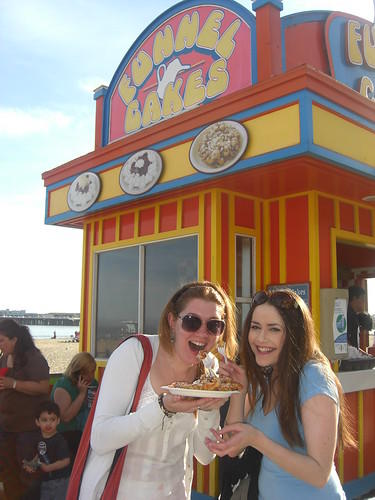 I love California and cannot recommend road tripping down the coast enough, but Los Angeles wasn’t for me, it was time to move  in land for  ‘what happens in Vegas’ fun times and crazy Texan adventures.

Our expert consultants can help you plan your dream American road trip. Call 0208 045 4186 or visit in store. Follow Jenny on twitter for her latest travel adventures.