Flight Centre Travel Blog/Beneath the Waves in the Bahamas

Beneath the Waves in the Bahamas

If the paradise beaches, jovial locals and free-flowing rum culture weren’t enough to tempt you to the tropical beaches of the Bahamas, then a peek into the effervescent world beneath the waves will surely do the trick. The Bahamas boast some of the world’s most spectacular and diverse marine life outside of the Great Barrier Reef... 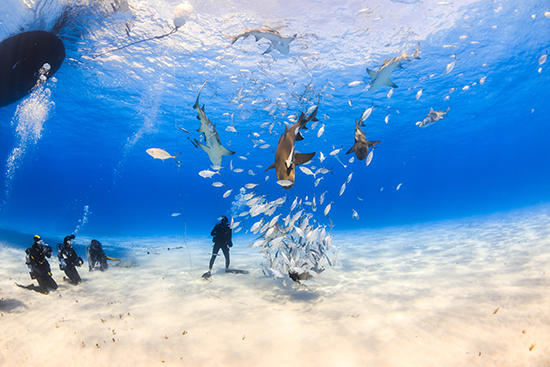 They say size doesn’t matter. But when comparing tall tales of the creatures you encountered in the water, that statement couldn't be further from the truth. What soggy chat on the deck of the dive boat would be complete without someone describing the time they saw a six-foot shark? Lucky for you, the Bahamas has got you covered. With (friendly) Caribbean reef sharks in abundance you have a first-rate chance of swimming with these curious creatures – if you don’t spot a hammerhead, tiger shark, black tip reef shark or a nurse shark too. Many of the islands, including Nassau, Grand Bahama and Eleuthera have specialised shark diving schools for PADI qualified divers, but they certainly aren’t the only way to get up close and personal with these toothy giants.

We hired a private fishing boat from the tiny island of San Salvador to take us to a nearby drop-off – where the shallow reef gives way to the deep ocean. Rumours were flying that a group the previous day had spotted a shark in the distance, so our masks and fins were hastily shoved on as we raced into the water. Just seconds later, my ‘buddy’ motioned for me to look below the waves and put a finger to his lips. Two Caribbean reef sharks were making their way up out of the darkness beyond the drop-off and into shallower waters. Straight towards us. They were soon joined by three more and the inquisitive group circled below us, then around us, eyeing us up and edging closer for a better look. 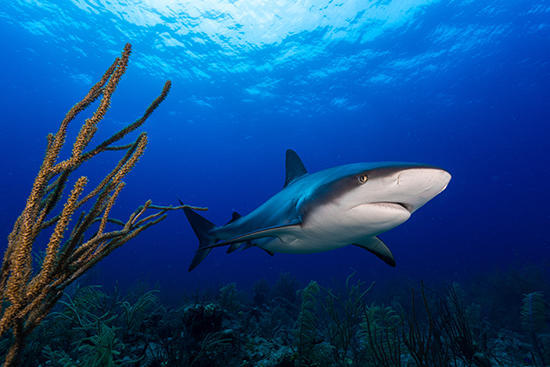 Initially some members of our group were utterly terrified, and who could blame them? But these slender, athletic predators aren’t at all threatening to people; all it takes is a few moments of calm to realise how tranquil and intelligent they are. In fact, they’ve learnt that humans frequently leave leftovers from fishing and are often simply looking for an easy snack. They’re just as curious to see you as you are to see them. I soon understand what a privilege it is to look one of these majestic animals in the eye.

Snorkellers – prepare to don your fins! Even if you don’t have your PADI, you can still jump into the Bahamas' delightfully warm waters. Shallow reefs teeming with a rainbow of tropical marine lie just metres from the beach – here the delicate looking corals provide a home to colourful juvenile fish, loud snapping shrimp, huge spiny lobsters and, if you take a peek into the cracks and crevices, long moray eels and stingrays can be found hiding. 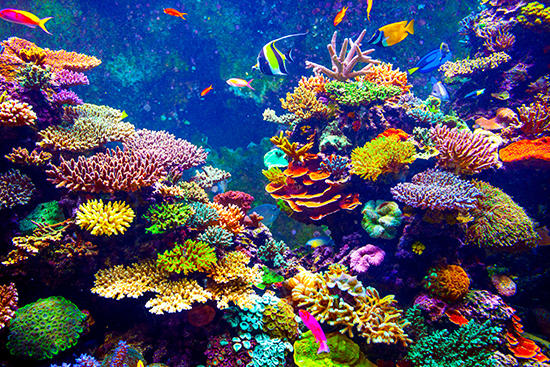 Huge schools of silver dart this way and that, angel and butterflyfish flit just inches from your mask and, if you can spot them, striking striped lionfish have made their way into the Caribbean waters in recent years. Larger fish, like weighty Goliath grouper or bright red snapper, patrol the reef searching for smaller fish and crabs to eat, but you’re even more likely to spot them on the menu or thrown on the barbecue later that evening.

Perhaps the most yearned after sighting for snorkellers though, is a glimpse of the gentle hawksbill turtle in its natural habitat. If you spend enough time in the water you are bound to stumble across a few going about their daily-to-day business. While snorkelling one sunny afternoon I was honoured to slowly follow a young pair for over half a mile as they moved along the reef, drifting serenely across the corals and occasionally stopping to munch on some slime-drenched seaweed. 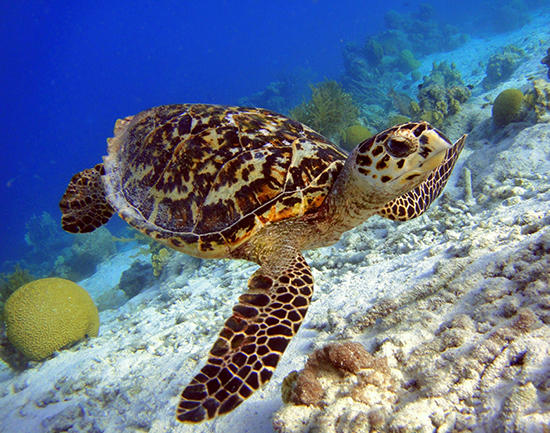 If you’d rather soak up the sun without taking a dip yourself, the world beneath the waves still has something for you. Take to the water in a boat instead, and let an experienced local guide take you around the islands and into the deeper waters where whales and dolphins hunt and play in their natural environment. Keep your eyes peeled for the rigid dorsal fins of iconic black and white orca whales or the great domed head of female sperm whales raising their young. 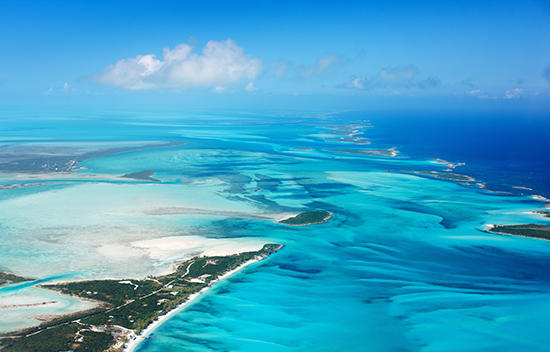 The Bahamas is almost as diverse above the waves as it is below. Breathtaking, dazzlingly white beaches fringed with palm trees hug the shoreline of each island, national parks protect scenery and prevent tourism from expanding too rapidly and, above all, the incredibly friendly people go above and beyond to make you feel welcome. No matter how you choose to spend your time, you’ll leave with a wealth of unforgettable memories.

Start planning your trip with our tailor-made Bahamas holidays. To book, talk to our Experts today.

Travel obsessed and still searching for the perfect adventure that combines hiking, scuba diving, snowboarding and exploring wilds in a campervan (though not all at the same time). I am a reluctant gluten-free cake enthusiast and can consume coffee at an impressive rate. Instagram: @evbrisdion.

The Best Diving Spots in Southeast Asia
Beneath the turquoise waters and glittering waves of Southeast Asia’s oceans lies an otherworldly ecosystem teeming with kaleidoscopic fish and technicolour corals,... Read More »
Mexico
Discovering Riviera Maya: From Chichen Itza to Whale Sharks
I used to be scared of the ocean. There’s something about the big blue that is utterly paralysing – whether it be the vast open space that plunges into never-ending... Read More »
Call:
0800 587 0058 0333 333 2211
Talk to a Travel Expert
Instant call back »We'll call you back for free
X