Cat Mills takes us on a journey to the Australian Outback to experience a firework show like no other. 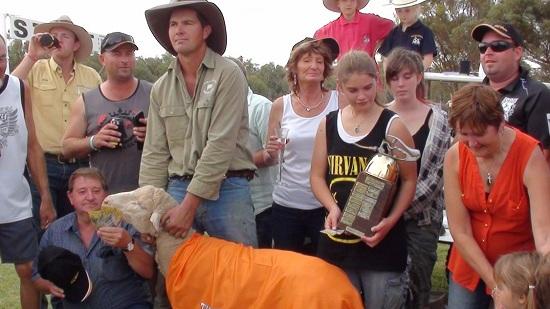 I was in the Australian outback town of Booligal when I was invited to experience an unforgettable firework show.  This small town with a population of just 60 people is a nine hour drive outside of Sydney and a hub for agriculture, mainly for sheep.  That was why we were here; we were filming the Sheep Races for my web series Wicked and Weird Around the World.

After a long day of racing sheep we were exhausted and walked across the road to the local pub with everyone else.  Sipping on a pint and eating an exceptionally delicious mutton burger, I chatted with the incredibly friendly locals about sheep production and life on a ranch.  Booligal and its surrounding area was so flat that on the drive in we felt as if we could drive off the edge of the world.  There weren’t a lot of trees here, which is maybe why no one was talking about Dropbears.

Everyone was excitedly anticipating the fireworks show that was advertised for after the sheep races. The field had been prepared especially for it, flattening and cutting away dead grass to prevent a fire.  Anthony and Andrew, the two gents from Anthony Slattery Fireworks in the nearby town of Hay, were setting up.  I wandered over and chatted with them about the process and what we could expect for the show.  That was when they invited me to sit in the middle of it and really experience a fireworks display.

Normally the prospect of something like this would have intimidated me.  But for some reason it didn’t at all.  This trip had been all about trying something new; something different.  I was surprised to find that, as a matter of fact, I did want to sit in the middle of a fireworks display.

Andrew and Anthony assured me that it was very safe, but handed me a helmet to make me feel that much safer.  I sat on a wooden box in the field as they buzzed around me, setting up fireworks and checking wires.  That was when the countdown started: 10…9…8…7.. Anthony and Andrew shouted WAIT!  NOT YET!  But it was obvious that no one could hear and the woman who had won the prize and got to drop the plunger could not wait any longer.

The men scrambled and ran between the fireworks, quickly positioning them and getting them ready.  At this point I have to admit that I was a touch nervous, though in reality nothing could have gone wrong - it was only a matter of the timing being slightly off. 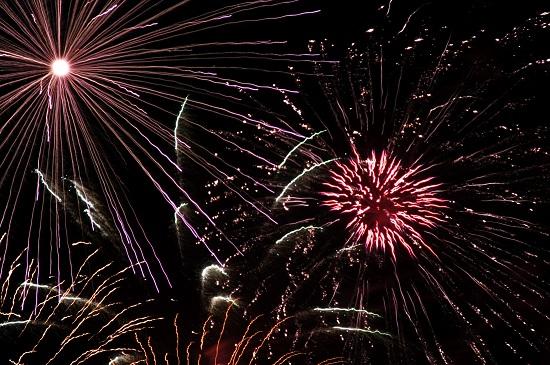 The earplugs I was wearing did help to take the edge off the fireworks, though the resounded BOOM shook me ever so slightly.   With my head cocked up to the starry sky I watched as an explosion of red, green, blue, white and yellow surrounded me.  Small flecks of ash dotted my mask as I took in each blast, magically choreographed to the internal orchestra playing in my head.

Each time I thought the show was over, another colourful blast shot up and exploded, imprinting against the sky a bright flower or star pattern. When it was finally over I pulled out my earplugs to the cacophony of a cheering crowd.

If you would like to have your own Australian adventure, take a look at our cheap flights to Australia from just £599.