Announcing the runner ups of our G Adventures Blogging Contest

We had an overwhelming response to our first ever blogging contest which we launched last month. There are many talented writers out there so thank you to everyone who took the time to enter. After careful consideration the team of judges at Flight Centre picked their Grand Prize winner who wins a G Adventures tour in India and 2 runner ups who each win £100 travel vouchers. The talented Grand Prize winner will be annouced very soon but first let's say well done to the 2 runner ups. 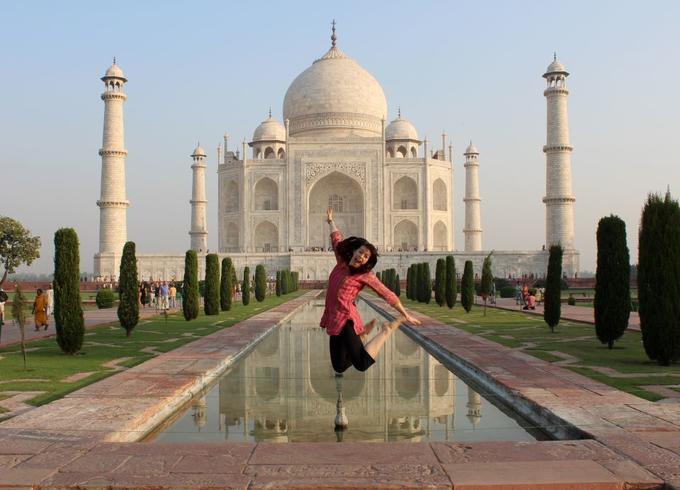 The first runner up is Candace Rardon who wrote about her 2 weeks in a tuk tuk in India. The judges loved her writing style and admired her bravery. We look forward to finding out where she heads to on her next adventure. You can read her winning entry in full here.

The second £100 travel voucher goes to Fraser Balaam who entertained us with his spontaneous trip to Normandy. Here are his winning words:

Rain, tickling my face, kept me awake. My ears were alert to the dull rumble of traffic, echoed by a nearby tunnel. Across the road, beyond an overgrown grass verge that had been trimmed by passing cars, two fishermen were having an animated conversation in an unfamiliar language, their theatrical hand gestures blurred by the sulphur of the streetlamps. My hands, porcelain white from the cold, had imprints from the chilled and jagged paving I was resting against. The sun was beginning to threaten to replace the inky night sky. It was late, and I was sleeping rough.

Twelve hours before I’d been sat doing everyday things at home, thinking about a situation more exciting than the one I was in. In a flurry of energy I’d picked up my passport and closed the door behind me. Leaving England for no reason sounded like fun, like an adventure. Sleeping off tequila under a French bus stop wasn’t the plan at that stage. There was barely a plan at all.

Standing on the ferry deck watching Cherbourg approach as a fierce wind whipped the Normandy shore, keeping local gulls suspended motionless in the air, I wondered if it was wise to pin all hopes of waterproofing on my cotton jumper. I was wilfully strolling into the French evening unprepared, the humming activity of the ferry terminal quickly replaced by quiet avenues, drawn curtains in grey buildings, the eerie clattering of moored ships in the dark.

Inside Le Sofa, a plain and unfussy bar near the harbour, dim light and whispered conversation bounced off wooden panels and a rich oaky smell lingered through old cigarette smoke. It poured with Parisian charm and taut intrigue, as if a chase scene could begin at any moment. A young group, pulling tables together, smiled at me as I sat sipping a cocktail that tasted of far more tequila than sunrise. I smiled back, wondering how I could shoehorn my way into their evening. I ordered another drink. Then another.

The bar closed hours later, thrusting me out to the harshness of the French night with no place to be, warmed by both the spirit of adventure and the spirits of the bar. Blue harbour lighting shimmered against the lazy sea, and the salty air flicked rubbish around my feet on the cobbles. Everything felt sly and dangerous, slipping out of the country unnoticed without a place to stay, without a plan, with only one jumper and just enough money to sip continental drinks. The simplicity of adventure suited me.

I chose to sleep by a bus stop in a shadowy lay-by. It looked uncomfortable. I put my head down on the damp ground and began shivering. I knew the hours of the night would be long, but they’d be mine. I smiled knowing I’d forever crave that excitement. That rain, tickling my face. That rhythm. That night.

Well done Candace and Fraser - make sure you keep us updated on your next travel adventures!