A First-Timer's Guide to Munich

Daydreaming on the plane, I imagined every stereotypical scenario I could come across in the German city of Munich. Burly old men with eccentric moustaches clad in lederhosen, drunkenly clinking beer-filled steins, the scent of bratwurst and glühwein clouding the Christmas markets, and a brass bonanza of Oompah bands. I was not left disappointed.

Germany – in my opinion – is underrated when it comes to weekends away in Europe. And Munich, for one, should certainly be on your radar. Whether you're headed there for Oktoberfest, the two/three week-long folk and beer festival, or just plotting a quick trip away, there's plenty to do in the Bavarian capital. 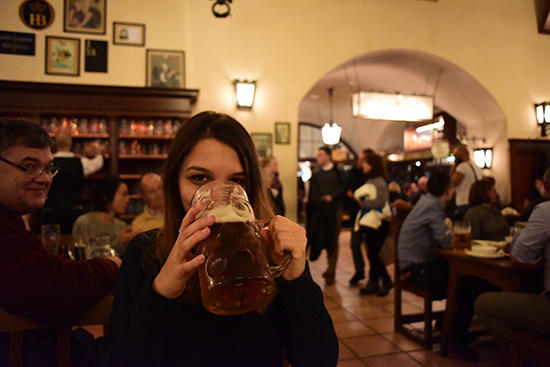 Beer Halls in Munich are the most fun you can have with your clothes on. Fact. Munich’s most iconic beer hall is the Hofbräuhaus which opened in 1589 as a brewery to the Royal residency, and is still a great place for a good ol’ German drinking session.

Inside, the first thing you’ll notice is the huge painted ceiling, second will be the ‘bam-bum-bam-bum’ of the Oompah band coming from the central bandstand and, finally, are the grown men in lederhosen who, although look hilarious, you wouldn’t want to mess with.

Beer is the only drink on the menu, served either light or dark in a litre glass, known as a ‘stein’. The stein is so ingrained in Munich culture that if you ask for a ‘half’ anywhere you’ll be given a pint – tried and tested.

Hofbräuhaus is one of the more touristy beer halls so, for a more traditional experience, head to the smaller Schneider Bräuhaus in Emil-Ott Street. 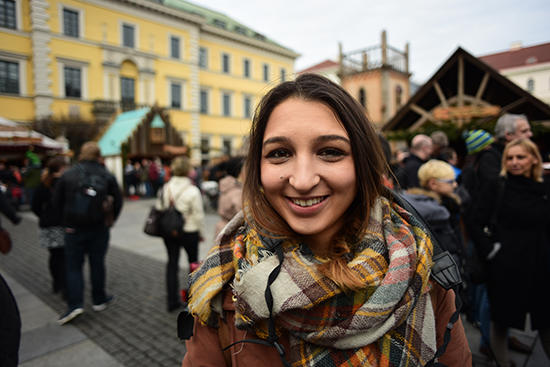 Go on a Walking Tour

Munich is the city saved by beer, well, that’s what I learnt on my walking tour. I’m a recent convert to the ‘Free Walking Tours’ phenomenon in Europe, where you tip the guide as much as you want to pay, and the best one I’ve been on is in Munich.

The theme of the tour was cheering ‘beer!’ whenever Munich had been saved by beer. This includes, but isn’t limited to: the theatre; repairs paid for by a beer-tax after a fire; the church, where a drunk man who was promised free beer all night climbed to the top (with his beer of course) to put the cross back on the church (the wrong way) after a storm; and the city itself in 1692, after the King of Sweden decided not to invade in exchange for 600,000 barrels of Hofbräuhaus beer.

We also learned more about the historic and modern day Bavarian traditions, the origins of Oktoberfest and the tragic presence of Hitler’s Nazi party. 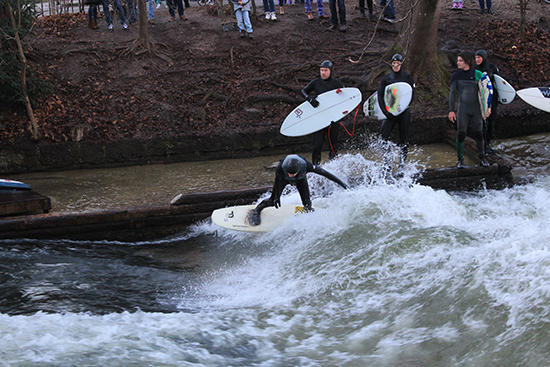 The Englischer Garten, which, funnily enough, translates to the ‘English Garden’, is a beautiful park and the perfect way to spend your last hours in Munich if you have an evening flight.

Other than being a place for a relaxed stroll amongst the trees, try to follow the crowds to find the urban surfers. Near a bridge, Munich’s fast-flowing river has created a sort of natural wave simulator, drawing in wet-suit clad surfers to the middle of the city. It’s a bizarre sight, but fantastic free entertainment as many of the surfers are highly skilled. 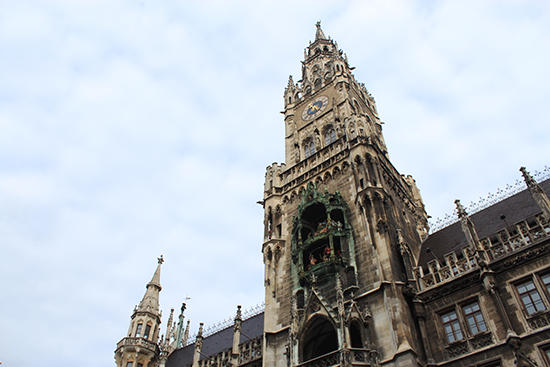 German efficiency paired with metro, trams and buses make getting around Munich incredibly simple. Munich isn’t particularly big either so, if you’re staying out of the centre just take the metro to Marienplatz, the central square, where you can walk to most of the main attractions. 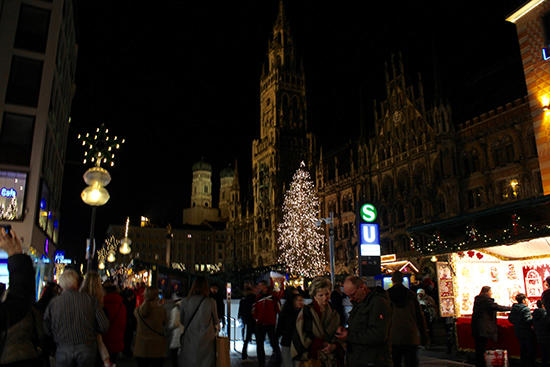 Munich strikes me as one of those cities that always has something going on, but it’s no secret that there are two particular times of the year to go.

The first is of course Oktoberfest, which is actually held at the end of September, a 16-18 day beer-drinking folk festival, which originally started as one amazing wedding reception in 1810. The other popular time is when I went, in December to get in the festive spirit at the Christmas markets. This was great fun and Munich really does put on a great show for the tourists in search of a traditional Weihnachtsmarkt (street market).

World
11 of the Most Magical Christmas Markets in the World
You know that festive feeling? The one where you crave nothing more than to be wrapped up in furs, a mug of hot chocolate in one gloved hand, and gift-laden shopping... Read More »
Europe
The Best Vegan-Friendly Cities in Europe
Flight Centre's vegan blogger Kirsten Cardrick scours the continent for the best vegan restaurants in Europe.  It might have been slightly slow to get going... Read More »
Call:
0800 587 0058 0333 333 2211
Talk to a Travel Expert
Instant call back »We'll call you back for free
X