Flight Centre Travel Blog/6 Must Eats in 6 US Cities

The diversity of the United States makes for an eclectic selection of culinary delights. No matter which city you visit, you’re bound to find something to tantalise those tastebuds; however, some cities excel in some culinary areas more than others, which is why I’ve composed this list of 6 must eats in 6 US cities! 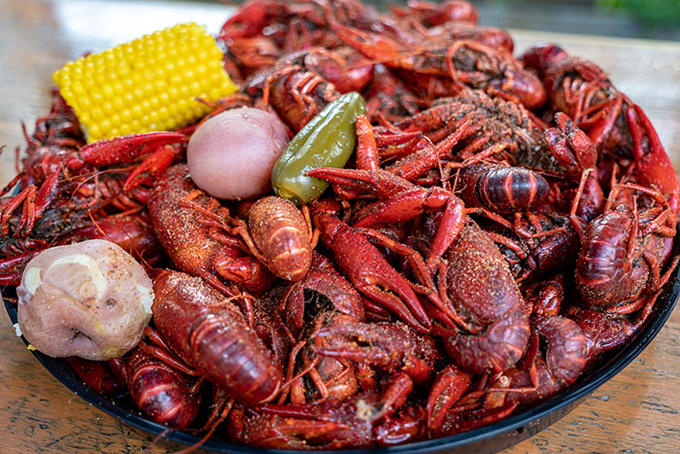 The heart of Cajun culture and the definitive capital of crawfish, Lafayette is a true Louisianan treat. If you’ve got a couple of days in the South, this small city is worth exploring if not for the food alone. If you happen to visit at the end of April, you might also catch the Festival International, a music & arts festival celebrating the area’s French heritage. Visiting Lafayette will inevitably involve eating boudin (famous local sausage), but my personal must-eat is a crawfish boil at any one of Lafayette’s many crawfish jaunts. For those unfamiliar with crawfish, it’s basically a large langoustine (or mini lobster!), which is then boiled in a concoction of spices, ordered by the pound and eaten with a specific technique that takes a few attempts to master. It’ll be messy to begin with, but it’s worth every crack. 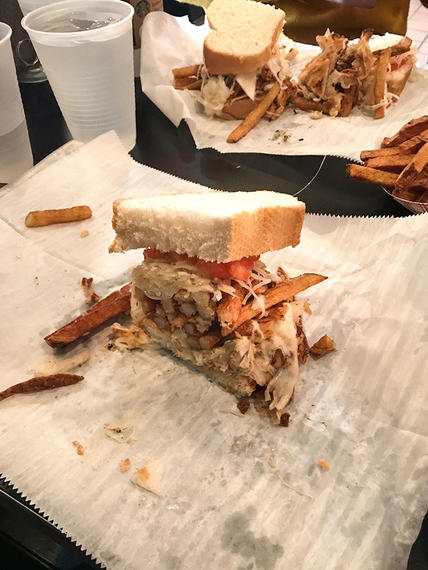 Birthplace of the Big Mac, emoticons and the Polio vaccine, Pittsburgh is not only a wildly important city in world history, but it's also the easiest place in the world to cross a river; apparently it has more bridges than any other city. It’s also got a great selection of local eateries, but some are undoubtedly better (and grungier) then others. Ask any local what they’d recommend eating and they’ll likely suggest an “Almost Famous” sandwich from Primanti Brothers. Containing grilled meat (beef, turkey or chicken - or all three at once!), melted cheese, coleslaw and a portion of fries, all piled in-between two thick slices of Italian bread, these monstrous mouthfuls will keep you content for the entire day. Houston, Texas’ sprawling metropolis, is the largest city by area in the USA. It’s most often associated with NASA, hence the nickname “Space City,” but it’s also one of America’s best food cities. Houston’s size has allowed for a huge influx of nationalities over the years, creating an unparalleled crossroads for cuisine, from phos & fajitas to kormas & kolaches. Choosing a “must-eat” in Houston is tough, but you can’t avoid the fact that in Texas BBQ is king, and nothing says Texas BBQ quite like beef brisket. There are plenty of places offering brisket in Houston, but the local favourite is undoubtably Killens. Rubbed with a homemade BBQ sauce, smoked & barbecued to perfection, this cut of marbled meat is ordered by the pound and best served with creamed corn and coleslaw. 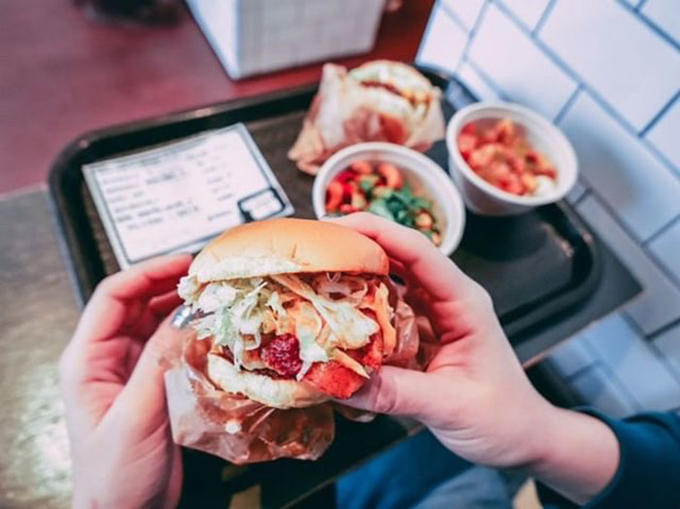 As one of the world’s major financial, commercial and cultural centres, I’m sure you won’t be surprised to hear that New York has a phenomenal selection of eats. It’s one of the most “foodie” places in North America if not the entire world, and its various selection of fusion dishes have, over their years, gained such prominence that they’ve even earned their own “New York-style.” There’s New York-style cheesecakes, New York-style pasta, New York-style Phad Thai and… you get the idea! Admittedly nothing says New York like Pizza, but rather than go down that route, my must eat choice for New York is a burger. Not just any burger though, this is a Superiority burger, from “Superiority Burger” and it has no meat in it whatsoever. Rather than pretending to be a fake meat burger, this is just a decent, hearty veggie burger stuffed with muenster cheese, pickles, dill, tomatoes and even has a few nuts in there too. Delish. Sitting at the mouth of the Mississippi River and home to a melting pot of African, French and American cultures, New Orleans has one of the most distinctly recognisable cuisines in the entire country. On top of the numerous Creole, Cajun and Soul food influences, it’s responsible for a few of the most iconic dishes in the States. From chargrilled oysters & po’boys to shrimp gumbo & jambalaya, there is almost an endless supply of consumables to keep your mouths watering and your tummies satisfied. With that said, there is one doughy delight that cannot be missed, the beignet! Originally introduced by the Acadians in the 18th Century, this fried doughy delight is one bit of confectionary that cannot be missed. The best beignets are found at the world famous Cafe du Monde (open 24/7) and they’re perfectly paired with some chicory blended coffee. 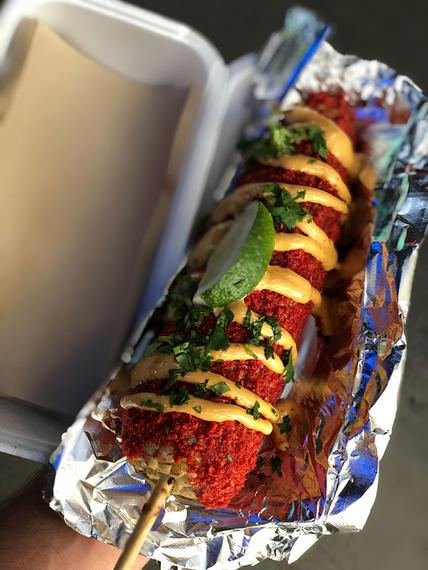 Everything in Las Vegas is convenient and extravagant, from the hotels and shopping malls to the gambling and glitzy shows. The city bills itself as the Entertainment Capital of the World, and that’s fairly justified given that it ranks as one of the most visited tourist destinations on Earth. With all the entertainment and tourism, comes a huge selection of dining options, some more extravagant then others and some that are just down-right weird. Boujee buffets are the go-to options for many visitors as they’re excessive and ultra convenient, but why go for the ordinary when you’re visiting Las Vegas?! The city is all about letting go, getting wild and putting things in your mouth that you otherwise wouldn’t normally put in your mouth. With that in mind, grab yourself a Dirty Corn, “Dirt Dog,” a spicy twist on a classic Mexican street corn. The ear of corn is grilled to perfection, covered in butter, sprinkled with Hot Cheetos (yes, really!) and layered in some melted cheese, lime mayo sauce and garnished with a bit of coriander.

Sample some great grub on our Rhythms of the South itinerary – chat to a Travel Consultant to find out more about tailor making your USA holiday to be as food-focused as possible.

The Best Foods I Ate in the USA
I’ve been a bit spoilt with my USA travels this year. In fact, I’ve spent nearly a month over the pond in total, explored five states, six cities and three national... Read More »
Louisiana
Behind the Scenes of Louisiana’s Houmas House with Kevin Kelly
Houmas House isn’t your average Louisiana plantation home. Nestled midway between New Orleans and Baton Rouge, it has been voted the ‘Best Historic Mansion’ by USA... Read More »
Call:
0208 127 4273 0333 333 2211
Talk to a Travel Expert
Instant call back »We'll call you back for free
X