12 Films that Will Inspire You to Travel

I’ve lost count of the number of times I’ve finished watching a film and, when the credits start rolling, thought ‘wow, I want to go there’. As a self-confessed movie addict, I love the escapism that both modern and classic cinema offers. But that’s just a small part of it: I also love that, often, it can act as a muse for real life – the places I want to go, the icons I want to see. The Secret Life of Walter Mitty gave rise to an Icelandic adventure for me. I visited the miniature city of Wells, in Somerset, after finding out it was where Hot Fuzz was filmed. And New Zealand is next on my long-haul list; I don’t know anyone who’s not captivated by the beautiful landscapes in The Hobbit and The Lord of the Rings franchises.

So if you’re seeking a bit of travel inspo, sometimes you don’t need to look much further than your DVD cabinet. Grab the popcorn, fire up the home entertainment system and choose from these 13 films that will inspire you to travel: The Lord of the Rings – New Zealand

Peter Jackson and his cast and crew travelled the entire length of New Zealand and its two islands when shooting The Lord of the Rings films. On the North Island, there’s the verdant undulating hills of The Shire in Matamata and the majesty of Rivendell in Wellington’s Kaitoke Regional Park. And, in the South, if you take a helicopter tour above Nelson, you’ll catch a glimpse of the spot where the fellowship hid from Saruman and his winged army of black crows. This diverse country really is the home of Middle Earth. 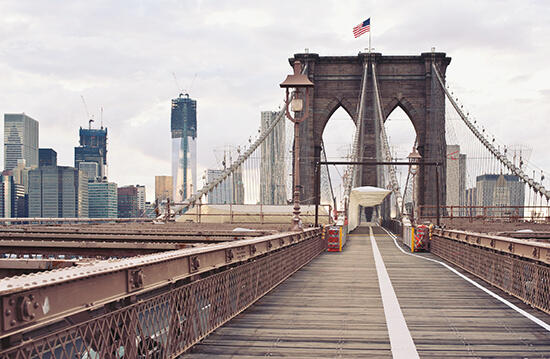 Of course the Woody Allen classic Manhattan is a romantic comedy, but the real love affair isn’t Allen’s on-screen relationship with Diane Keaton; it's his flirtation with New York City. In his ode to the Big Apple, not only did Allen shoot in multiple locations across the city – from John’s Pizza in Bleecker Street to the Brooklyn Bridge – but he also included a montage of its most iconic images and spots. The Beach undoubtedly had some dark messages to get across, but its filming locations were anything but. Vibrant turquoises and emeralds pepper the landscape of beach, sea and towering karst cliffs. This is Maya Bay – easily the film’s most famous spot. Be warned though: everyone has cottoned onto the beauty of this now not-so-peaceful enclave, so don’t expect to have the sands to yourself. That said, when you see a gap – and they do come if you’re patient – make a dash for the water and take the opportunity to get a snap of the calm waters while soaking up the beach’s tranquility without anyone else around… Even if it is just for a few seconds. 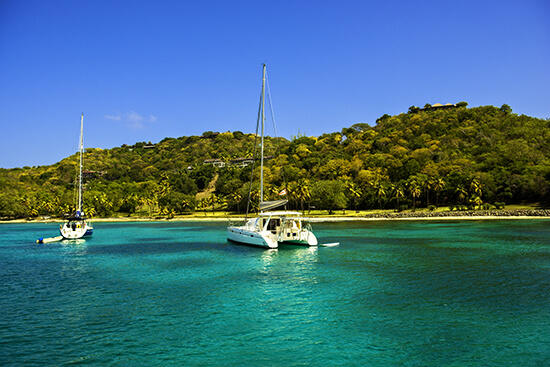 Pirates of the Caribbean – St Vincent and the Grenadines

The release of the Pirates of the Caribbean trilogy led to a huge spike in tourism in the region. And frankly we’re not surprised: the scenes depicted in this swash-buckling flick are full of sun-seeking allure. There’s the idyllic Outer Grenadine Island of Petite Tabac, where Jack Sparrow and Elizabeth Swann were abandoned by Barbossa, or St Vincent’s Wallilabou Bay, a traditional Caribbean dock, fringed by jungle-clad hills, which doubled as the film’s harbour town of ‘Port Royal’. This film showcases the northern state of Rajasthan at its very best and brightest. From the Pink City of Jaipur – complete with fascinating architecture and a fusion of old and new cultures – to the charming town of Udaipur, it goes beyond the stereotypes of honking haphazard traffic and Bollywood flicks. The surroundings are unfamiliar, far and away from the classic tourist perspective of the country, but this is India at its most true. What could be more inspiring than that?

Walter Mitty’s life is anything but extraordinary. So when he breaks free from his daydream to traverse Greenland, Iceland and the Himalayas in search of a missing picture – you can't help but go with him. The film is actually largely shot in Iceland, taking in the diversity of snowy landscapes from north to south. Head for Stykkisholmur, Vatnajökull and Grundarfjörður in particular to re-enact the best scenes, like when Ben Stiller skateboards down an empty volcano-sculpted road. Remember that plan you had to trek 1,700 miles across the Aussie Outback with four camels and your pooch? No? Well Robyn Davidson does. Tracks tells the story of when she travelled alone across the Land Down Under – from Alice Springs all the way to the Indian Ocean. Now, you may not want to replicate her exact journey, but the film is still an inspiration, truly capturing the essence of an Australian adventure. Out of Africa – Kenya

Out of Africa may have hit cinemas over three decades ago, but it’s still the movie that made the world fall in love with Kenya. The most famous scenes in this romantic flick were shot in the Masai Mara, a large game reserve with unrivalled safari opportunities – perfect for capturing lions and other big game on film. One Week, the story of a young man with a cancer diagnosis charting the unknown, may not have been a big blockbuster, but it’s undoubtedly worth a watch. Not least because it’s unashamedly Canadian – it showcases the North American gem in the absolute best light, so much so that you’ll want to jump in your car and replicate the journey from east to west, from Toronto to Tofino, on Vancouver Island. Lauded as one of the greatest travel movies of all time, it’s no surprise The Motorcycle Diaries made our list. After all, there aren’t many films that will cover a whole continent. But then, there aren’t many people who take a 270-day journey across South America, like Che Guevara did in 1952. The Argentine-Cuban revolutionary stopped in Argentina, Chile, Peru, Colombia and Miami – to name a few – soaking up the different cultures and lifestyles in each spot. Prepare for itchy feet. Sparkling waters, romantic jutting cliffs and jetties ripe for jumping off: the island of Skopelos – where the vast majority of this Abba-inspired film was shot – offers a big slice of authentic European paradise. Lesser-known than the likes of touristy Santorini, Rhodes, Kos and Zakynthos, here you can expect characterful villages, untouched beaches, lofty emerald mountains and friendly locals. It’s trickier to reach too, accessible only via an hour-long ferry ride from Skiathos, but that only adds to the secluded appeal. Head for the Agios Ioannis Prodromos Monastery to pretend like you’re attending the Mamma Mia wedding. There’s something otherworldly about Utah’s Goblin Valley State Park, which is why the makers of Galaxy Quest chose its mysterious hoodoos to double-up as an alien planet. In reality though, it’s not all about rock battles in space here. You’re more likely to tramp along a rock-strewn hiking trail, or set up camp next to a goblin-like formation.

World
7 Star Wars Locations you have to Visit
What better way to celebrate the recent release of Star Wars: The Rise of Skywalker, than by paying homage to the incredible locations in which the movies were filmed?... Read More »
New Zealand
6 of the Best Lord of the Rings Locations in New Zealand
In 2019, it was 64 years since The Return of the King – the third and final instalment in JRR Tolkien’s world-famous fantasy trilogy – first hit the... Read More »
New York
7 Reasons to Take a Superhero Tour in New York City
Lights! Camera! Superhero action! Whether you like to admit it or not, everybody loves a good superhero. My personal favourite? Ant-man. Extreme sarcasm and the ability... Read More »
Call:
0208 127 4273 0333 333 2211
Talk to a Travel Expert
Instant call back »We'll call you back for free
X