10 Things to Know About Vaccinations for Travel

Up until recently I had never had any travel vaccinations and would rather have thrown hot noodles in my eyes than get a needle in the arm. This all changed though when I decided to travel to India and in turn, commit myself to travelling there safely. To help make this happen I paid a visit to one of Flight Centre’s new Travel Clinics, where I found out everything you and I need to know about travel vaccinations (and that they’re actually not as scary as you think). 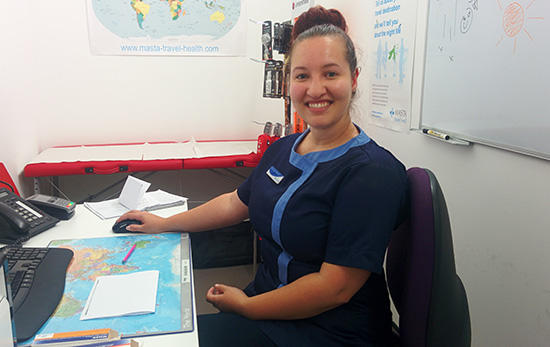 Once you’ve made an appointment, you’ll have a consultation first

I made an appointment online to visit Flight Centre’s Travel Clinic inside the Kensington High Street store. When I arrived I was greeted by Shevaughn Seedall, the clinic’s Manager. We sat down at her desk and for five minutes she asked me about my medical history, any medication I was on and my vaccination history (which was loosely based on my mother’s memory). She also ran me through my Travel Health Brief which had been emailed to me after I had booked the appointment.

Some countries require proof of your vaccinations

I was expecting that India would require mandatory vaccinations, but to my surprise this was not the case. According to Shevaughn, mandatory vaccinations mainly apply to countries in South America, Africa and sometimes Asia (where Yellowfever does not exist and they want to keep it that way). For travel to these countries, it is a requirement of entry to have a proof of vaccination certificate. 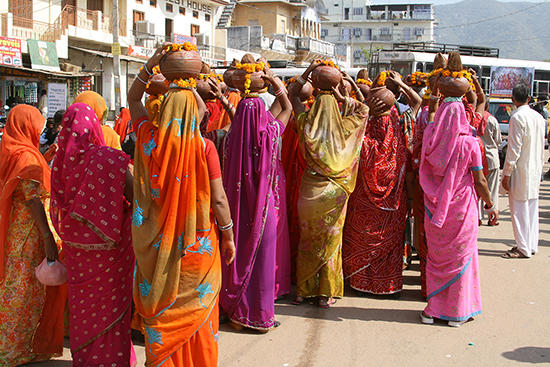 After seeing my Travel Health Brief listed five recommended vaccinations and five 'to be considered' vaccinations, I nervously braced myself to be jabbed like a pin cushion. But when I told Shevaughn about my itinerary (our Glimpses of Taj & Tiger Journey), Shevaughn said I would be travelling in very low risk areas for the 'to be considered' vaccines, which just left me to receive the recommended vaccinations. If I was set to travel to more regional areas, or if I was going for longer than 10 days, then I would probably have needed more.

The vaccinations you had as a kid don’t always count

“For most worldwide travel it is recommended to have a tetanus vaccination,” Shevaughn says. “Most people would have had these vaccinations as a child, but they do ask you to update this every ten years when travelling.” Since 2005, tetanus comes as a combined vaccination with diphtheria and polio. Hepatitis A and typhoid are also available as a single vaccination. So where I was nervously expecting 10 needles, I only required two.

Even though I was going to areas with low risk of many diseases, Shevaughn still took the time to discuss the risks, symptoms and what to do if I thought I may be at risk. We also discussed food safety for while I was away and she recommended I stuck to sparkling water, fruit that could be peeled and suggested that I avoid salads, ice and any meals unless they were piping hot.

She also talked to me about malaria. While I was set to go to cities where it was low risk, and so didn’t need to take antimalarials, I did need insect repellent. Little did I realise that not all insect repellents are the same; Shevaughn recommends ones with 50% DEET, which can be bought from the clinic.

“Don’t go any higher than 50% because you’re just going to be putting more chemicals on your skin,” she advises. “And if you’re wearing sunscreen, put your sunscreen on first and leave it to absorb for ten minutes or so, then put your insect repellent on top.” 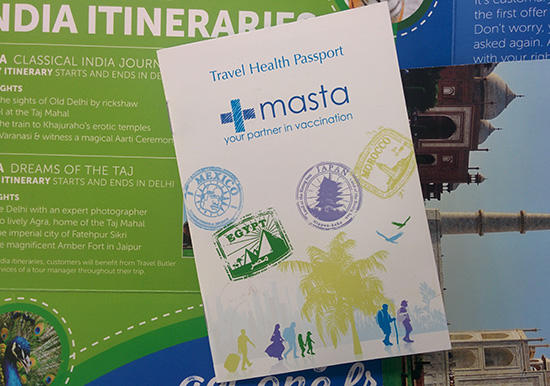 At the end of my appointment Shevaughn gave me a Travel Health Passport with my vaccinations written in. She said a good place to keep it was in my passport so I could have it while travelling, instead of having to rely on my mother’s hazy memory.

Your arm may be sore afterwards

I was more scared about the actual needle part, but they really didn’t hurt at all (honestly, did not hurt!). I will admit though, a few hours after my appointment, my arms felt sore. A kind of achy-sore that comes with doing a solid session of bicep curls at the gym, only without any of the actual muscle gain. As a result, I highly recommend milking it for all its worth and asking a loved one to cook you dinner after your appointment.

Consider boosters sooner rather than later

While most vaccinations will last you a few years, some can be boosted to last even longer. For my hepatitis A vaccine, Shevaughn advised that if I came back for a booster in six to 12 months, it would give me up to 25 years of protection, which is something I’ll definitely opt to do.

We can arrange them for you!

To find out more and book an appointment at a Travel Clinic click here. For more pre-travel advice, see our Travel Advice section.

8 Ways to Deal with Airport Anxiety
Nervous flyer? Worried you'll miss your flight? Here Flight Centre's Lauren Burvill talks us through how she deals with airport stress. I once missed a flight. It was... Read More »
Call:
0208 127 4273 0333 333 2211
Talk to a Travel Expert
Instant call back »We'll call you back for free
X