10 Free Things To See In NYC

Even first time visitors to New York may feel like they have been before. With one of the world’s most recognisable skylines and an unforgettable backdrop from a movie on almost every corner, one of the most exciting things about New York City is just being there. Many famous sights in the city don’t cost a thing to see; this is my top 10 free things to see in NYC. 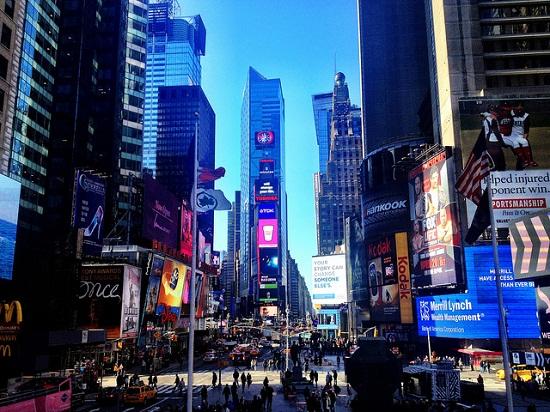 A very good place to start, this congregation of neon billboards and yellow taxi-laden traffic is probably a scene etched in your mind from years of New Years Eve coverage (squint and you can see that glittery ball getting ready to drop again next year.) Head to the central red steps for a great photo opportunity and pop into Toys R Us for a ride on their indoor carousel. If you want to say ‘Good Morning America’ head to the ABC TV studios, which film the programme of the same name every morning with Times Square and its tourists as the backdrop.

Because doesn’t every girl dream of having Breakfast at Tiffany’s? And maybe also Saks, Barney’s and Harvey Weinstein’s? Window-shopping counts as a free activity and on Fifth Avenue you can do some of the best. Check out FAO Swartz toy store for that giant in-floor piano made famous by Tom Hanks in Big and stick your head into Abercrombie & Fitch, where models work in low-lit rooms against a backdrop of pumping music and overpowering perfume (if that’s your thing!)

The engineering feat of this triangular shaped building constructed in 1902 has gained it the honour of having the local area named after it. Just 6ft wide at the apex its an unusual structure to observe and a bit of challenge to capture on camera.

There was a reason Carrie from Sex and the City wanted to get married here. The imposing marble beaux-arts building, designed in 1911, is guarded by two limestone lions outside the Fifth Avenue entrance. Inside, ornate ceilings, windows and doorways make it an extravagant place to read, and the elegant staircase would have made a great aisle for Carrie to talk down. 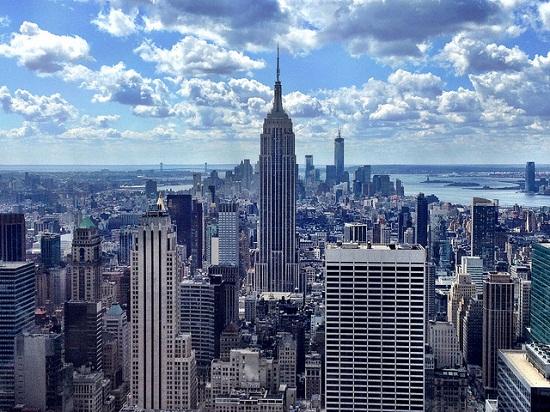 You don’t just have to loan the books here but can buy them instead! 18 miles of new, used and rare books are arranged over 3 floors and interspersed with gift ideas for book lovers. The store holds regular events including book readings in the Children’s Department on a weekend. A must-mingle place for locals and visitors.

The 9/11 Memorial’s twin reflecting pools are each nearly an acre in size and feature the largest manmade waterfalls in North America. The pools sit within the footprints where the Twin Towers once stood.

Around the edge of the pool are inscribed the names of every person who died in the 2001 and 1993 attacks, a powerful reminder of those who were lost and a poignant place to reflect.

Admission is free but you will require visitor passes, which can be arranged in advance online or acquired on a first-come, first-served basis at the 9/11 Memorial Preview Site at 20 Vesey Street. 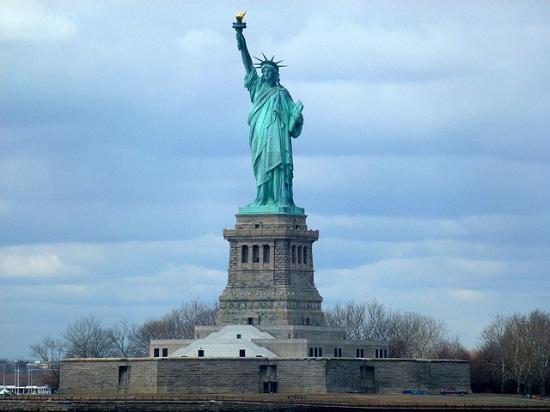 The best way to see Manhattan is to get out of it and there are a couple of free ways to do that. Firstly the Staten Island ferry departing from Battery Park offers superb views of the Statue of Liberty and iconic Manhattan skyline. The commuter ferries are large and free so hop on and get yourself a window seat. But there is not much to offer the tourist in Staten Island so just hop back on the next boat back to Manhattan once you arrive!

The High Line is a public park built on a historic freight rail line elevated above the streets of Manhattan’s West Side. It first opened in 2009 with an extension completed in 2011. Sections of the old railway track have been decorated with local plants and modern art and are drawing visitors to an area of town not often visited. I recommend planning your visit so your walk ends in the Meatpacking District, or specifically the Standard Hotel’s Biergarten, which is right underneath the High Line. You’ll have deserved a drink by the end of it anyway!

Said to be the worlds largest and busiest train station it is also a sight of architectural beauty. The gold veined arches and blue domed ceiling are more ornate than your usual train terminus, the original clocks along one wall a reminder of the buildings actual purpose. 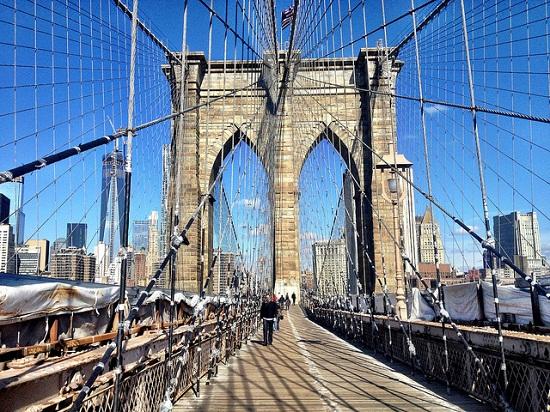 My all time favourite free thing to do in NYC is cross the Brooklyn Bridge. The 129-year-old bridge has a central, elevated, wooden walkway for pedestrians that offers spectacular views of the city. It takes about 25 minutes to walk across the bridge (depending on how many pictures you take) so if you are short of time take a subway or taxi to the Brooklyn side and walk back to Manhattan to enjoy the best views. If you are spending more time in Brooklyn make time to visit Grimaldi’s, an award-winning pizzeria thought to be the best in the city. Their pizza pies are cooked in a coal-fired oven for an authentic old-fashioned taste. Also if you are a fan of vintage fashions or are looking for a gift to take home which is a little different, every weekend there is a flea market in Brooklyn, named the Brooklyn Flea, which offers exactly that.

Jayne is an award-winning travel blogger and social media specialist on a mission to blog 40 countries before turning 30. Find her on twitter (a lot) @jayneytravels and on facebook (often) at 40before30 and writing about travel and shopping on Travelling Shopaholic.

If you would like to visit New York then take a look at our flights to NYC from £399! We also have holidays to New York from £539 and loads of other USA holidays to choose from.